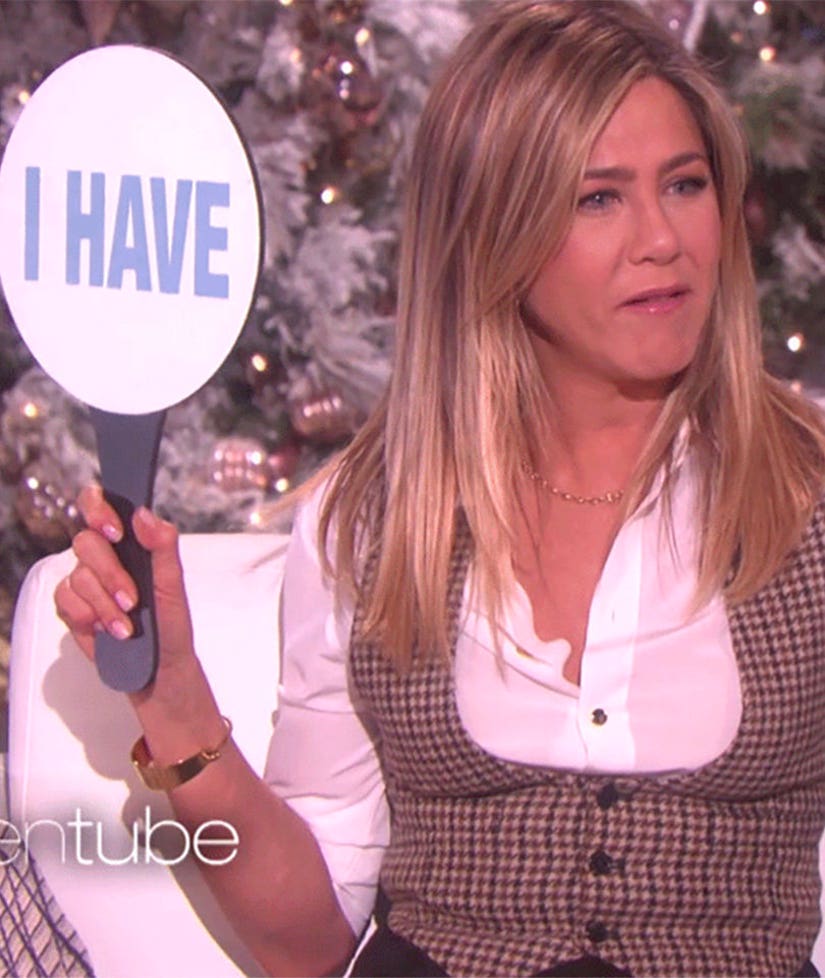 Jennifer Aniston wowed us all with her mile-high admission!

During yesterday's airing of "The Ellen DeGeneres Show," the former "Friends" hottie played a round of "Never Have I Ever." The results, suffice it to say, were pretty jaw-dropping.

Ellen dived right in, and her first statement off the bat was, "Never have I ever joined the mile-high club." Aniston visibly blanched, stared at her lap, and meekly put up the big old "I have" sign!

The audience roared with laughter as Aniston blushed and said, "This is just awful!" However, to be fair, DeGeneres flashed her "I have" sign, too!

The next scandalous question opened up an entirely different can of worms.

"Never have I ever joined the mile-high club in the cockpit," the award-winning talk show host asked. Ellen's sign read, "I have never," while Jen's read ... "I have!"

The studio went wild and Aniston looked further uncomfortable. Quickly capitalizing on the cockpit in question, Ellen moved on. "Never have I ever with the pilot," she said, matter-of-factly, throwing up the "I have never sign."

"And the copilot," DeGeneres continued. "And the flight attendant ... while eating a mini-bag of peanuts?"

Throughout the copilot and flight attendant bit, the former Rachel Green left her "I have" sign up, ... but when Ellen got to the part about peanuts, that's when Aniston put her foot down.

Well, well, well -- it looks like there's a lot more to shy, unassuming Jennifer Aniston than what meets the eye!

Of course, Brad Pitt has a pilot's license ... but it seems like he got it after hooking up with Angelina Jolie.