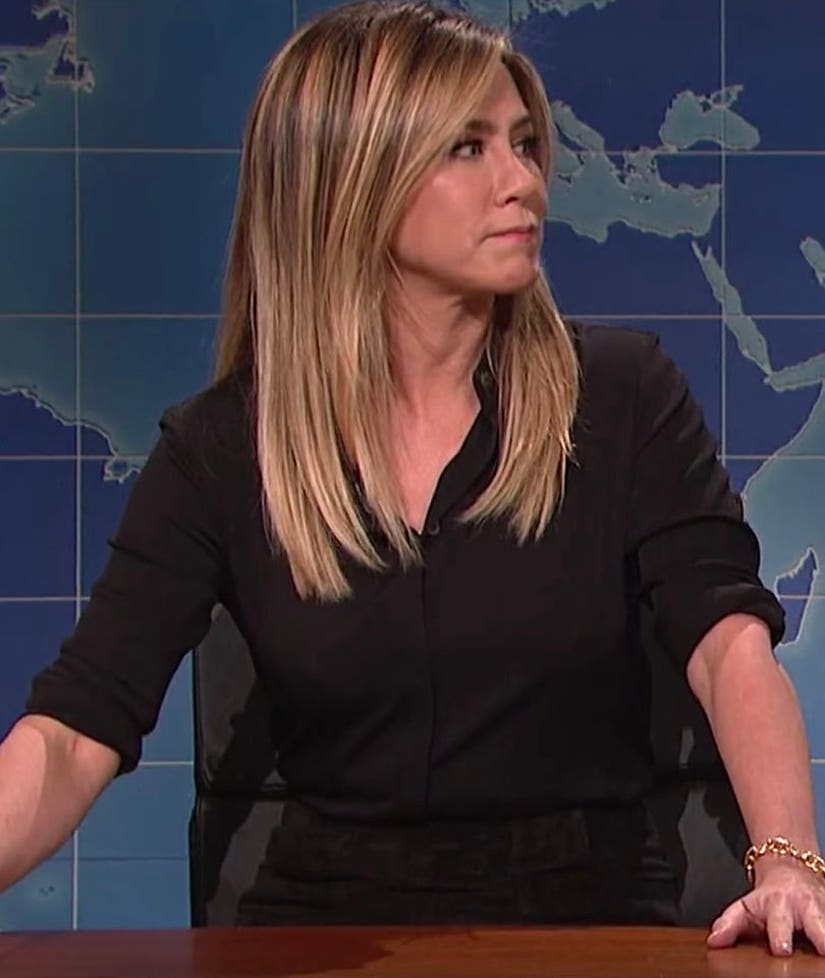 In an absolutely side-splitting segment, Vanessa Bayer -- brought back her spot-on impression im Rachel Green, Jennifer Aniston's character on Friends. Making thing even better: Jen herself showed up and went off on Beyer. "I don't sound like that!" she crowed.

See the clip and get the laughs for yourself!

Emma Stone reminisced on her first time hosting the show five years ago during her opening monologue.

"Last time I hosted was five years ago and I was so young back then," she mused. "I didn't actually go to high school really, so for me this kind of was my high school."

What stuck in her memory most about her first time? "This fling I had with a guy on the show back then. I wonder if he ever comes around here anymore?" she joked ... we think!

Her best skit of the night, in our opinion, was her high school glee squad skit. Watch the video and you'll see exactly what we mean!

For the show's cold open, Alec Baldwin entered the fray with his latest Donald Trump skit, poking fun at the President-elect over his retweet of a 16-year-old boy's support. During a "security briefing," Baldwin's character interrupted the session with "important" news.

"Kellyanne," Baldwin rasped, "I just retweeted the the best tweet. I mean, wow," he gushed.

"What a great, smart tweet. This could not wait. It was from a young man named Seth, He's 16, he's in high school, and I really did retweet him," he insisted. "Seriously. This is real." Kate McKinnon, playing Conaway, stared vacantly into the camera and said, "He really did do this."

The real Donald Trump didn't waste any time tweeting about the sketch, sharing his displeasure on, where else, Twitter.

Watch the video below -- what do you think?