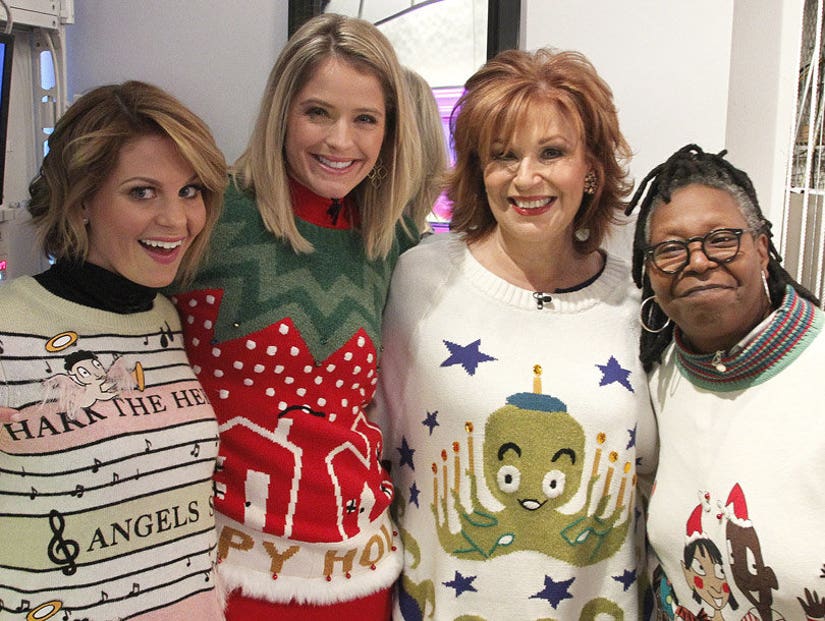 Candace Cameron Bure announced Thursday she will exit ABC's "The View" after two seasons as co-host.

"I'm very happy to be back, but it's a little bittersweet for me today because I'm announcing that I'm leaving 'The View," she revealed. "It wasn't an easy decision, but before I started 'The View,' I already had my commitments to 'Fuller House' and my work with the Hallmark Channel."

"Because of the success of those, my commitments have become even greater with those shows and the commute of going West Coast to East Coast every single week for me has been tough on me and hard for my family as well and I want to make sure that I am able to spend as much time with my children and invest in all the projects that I do to the fullest extent."

"I tried to be Superwoman, but I'm gonna not try anymore," she added. "With all the sex talk we do, you miss your husband," joked Whoopi.

After Bure thanked everyone on the table for their support, the group rolled on with the show. It's unclear what exact date is Bure's final episode.

Bure joined the show in 2015 for its 19th and 20th seasons. Her exit comes on the heels of Raven-Symone announcing she's also leaving to focus on Disneys' "That's So Raven" reboot.

"On behalf of everyone at 'The View,' it's been a pleasure working with Candace, a devoted mother, talented actress, and passionate co-host who never hesitated to speak her mind," Executive Producer Candi Carter added in a statement. "We are thrilled for her success with 'Fuller House' and her Hallmark movies. She will always be a part of 'The View' family and we will gladly welcome her back to the show to support her with all of her endeavors."