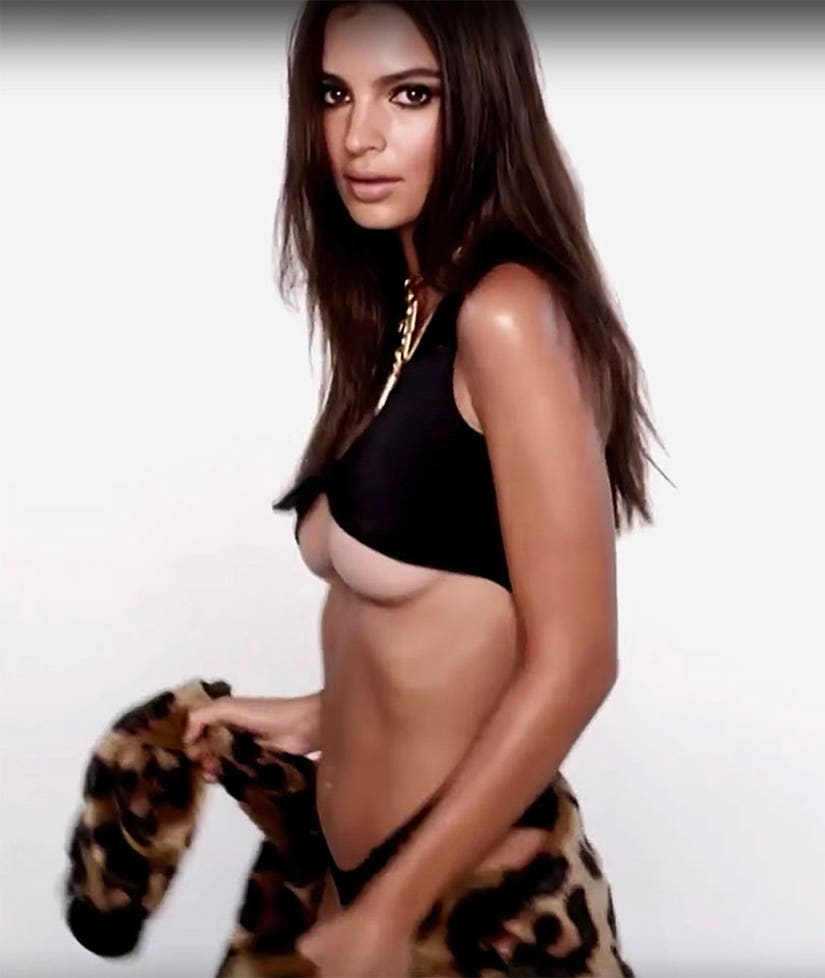 In the clip, set to Salt 'n Pepa's 1986 hit "Push It," the model flaunts some serious underboob in an itty, bitty knotted black top and matching mesh panties. The 25-year-old hottie gyrates on the set of the video wearing her skivvies and a Coach jacket wrapped around her waist.

Emily recently revealed that if it weren't for her smoldering good looks and super tight bod, she probably wouldn't have the career that she does today. Speaking to Oyster magazine, the former "Blurred Lines" video model said, "I don't think my career would have happened if it wasn't for the way I look; I don't think I'm being complicit."

"Women in the last five to ten years are able to say, 'I want to feel this way -- it's not for someone else,'" she continued.

"I don't know if in [Gloria Steinem's] revolution in the '60s that was really true," Ratajkowski explained. "I don't know if there were a lot of women being sexy for their own enjoyment; that's much more common now."

See Em's smoldering video (below) and feast your eyes on some more epic celeb selfies in the gallery (above)!