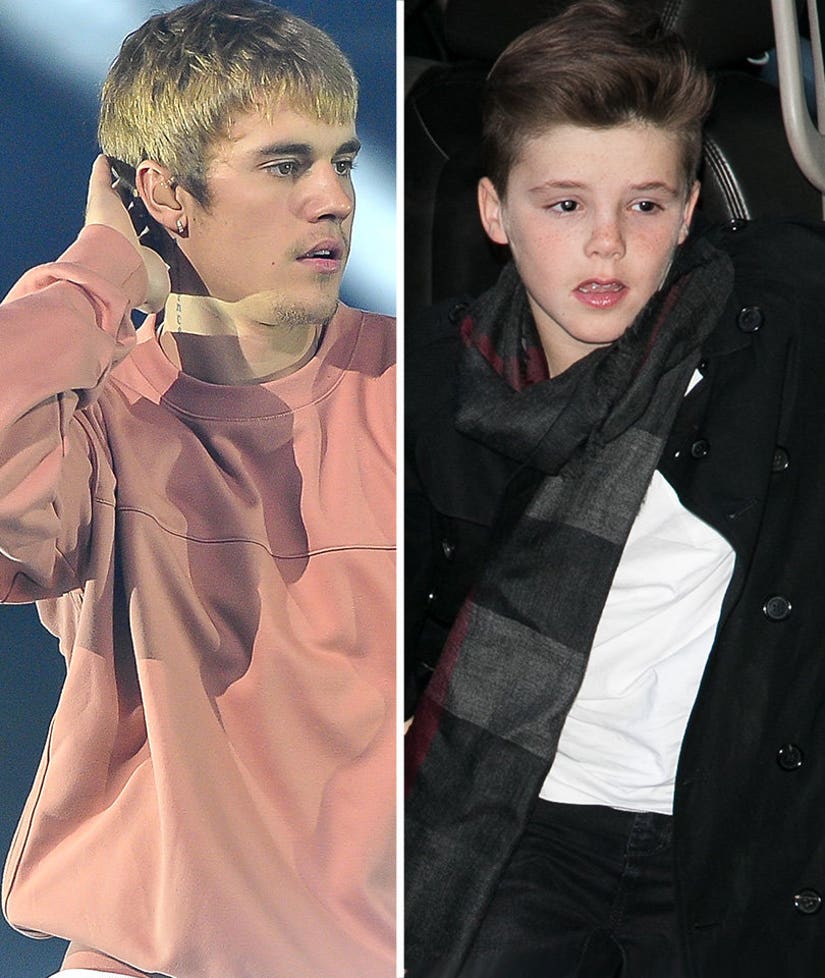 Cruz Beckham, who's already being branded Justin Bieber 2.0, has gotten the stamp of approval from the original.

Beckham, who was recently signed by Bieber's manager, Scooter Braun, released his very first single, "If Everyday Was Christmas" this week.

The youngest Beckham boy revealed that all profits from his new single would be donated to Global's Make Some Sense foundation. "It's two of my favorite things," Cruz recently revealed in an interview. "Singing and Christmas!"

The timely, festive song features Cruz singing: "If everyday was Christmas and I can't be with you, underneath the mistletoe, kiss you when nobody knows."

Listen to the song (below)!

Yesterday, Cruz also shared a throwback video featuring the recording and production of "If Everyday Was Christmas."

The Beckhams have been extremely supportive of the 11-year-old's foray into the music biz, with mom Victoria Beckham, formerly of The Spice Girls, tweeting that she was "proud" of her youngest son.

Watch the video of Cruz and his two brothers, Brooklyn and Romeo, goofing around during recording.

So much fun filming my Christmas video with my brothers in London 😜 pic.twitter.com/ZPgJ0Euive

Today, Beckham shared an image on Instagram, talking about his "fun week."

See more photos of Cruz and his Beckham brothers in the gallery (above)!