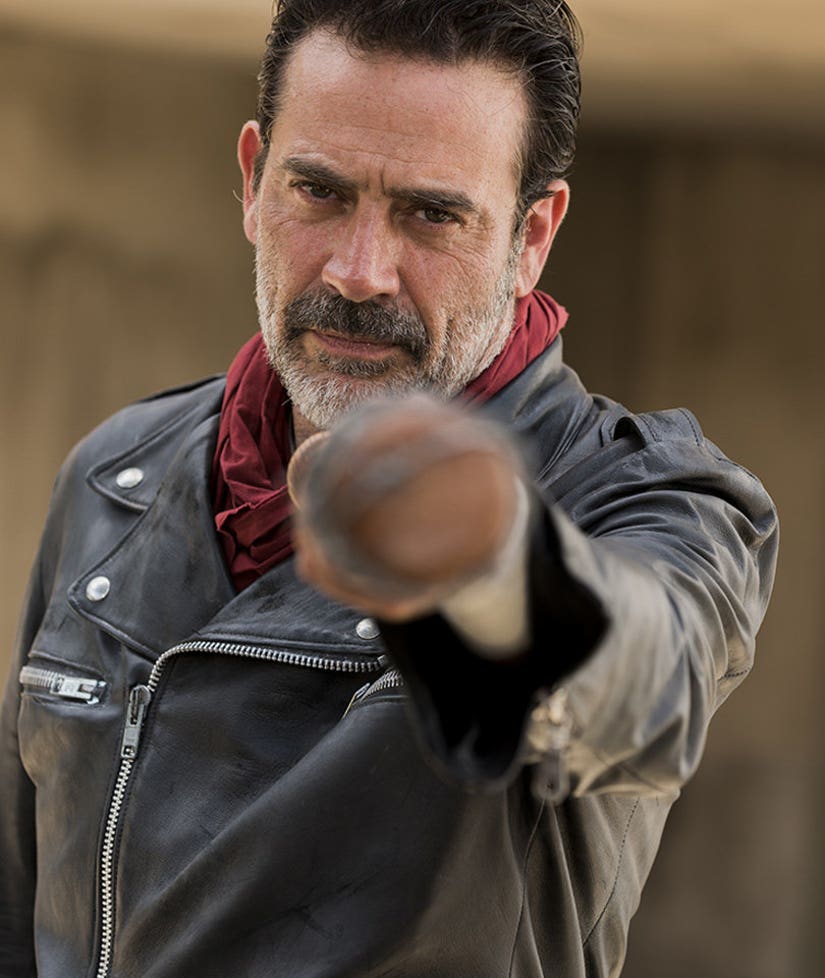 After weeks of episodes focusing on one community at a time, "The Walking Dead" finally brought things together again on the mid-season finale. Tonight, we got glimpses of the Kingdom, Hilltop, Alexandria and Sanctuary in an intense 90-minutes that included all of our favorite survivors.

And since no mid-season finale wouldn't be complete without someone getting offed, fans got to see one of the comic's most brutal deaths brought to the small screen with near-perfect accuracy.

Lets dive into the 5 biggest takeaways and questions from tonight's episode. Warning: Spoilers below. 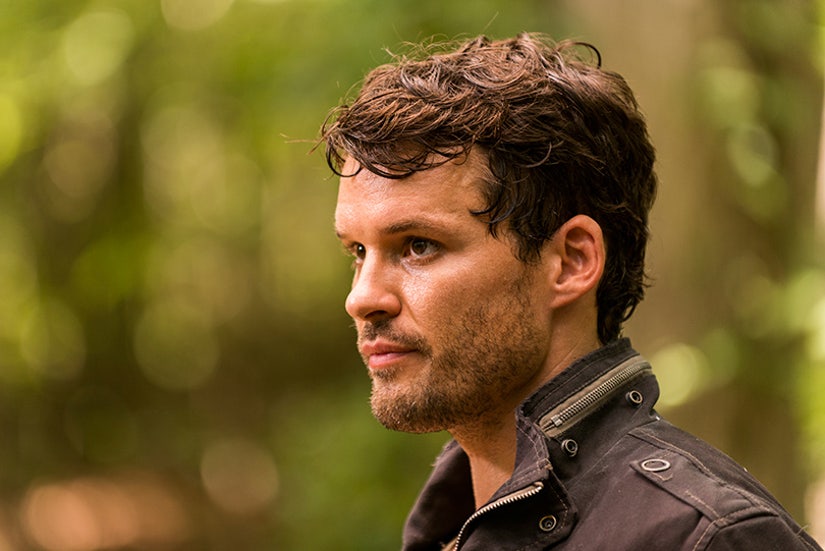 1) Negan Respects Rick In His Own Awful Way

Negan is a terrible, horrible, no good, very bad person ... but even he can't tolerate a sneak.

Spencer attempted to go behind Rick's back tonight and make a move for his position as leader of Alexandria. Unfortunately for Spence, that move couldn't have backfired more. After getting all spiffed up, he asked for a meeting with Negan, where he told him Rick has a history of not working well with others and has an ego that's "out of control." He offered himself up as community head instead, basically saying Negan should kill their current commander.

This didn't sit well with Negan, who actually respects Rick for putting his personal feelings for him aside for the good of the community. "He is swallowing hate and getting s--t done, that takes guts," Negan tells Spencer. "Why not just kill Rick yourself and just take over? You know what I'm thinking? It's because you got no guts!"

With that, he drove a knife into Spencer's stomach, his insides spilling onto the ground as the entire community watched. "You did have guts," he joked, "I've never been so wrong in my whole life!" 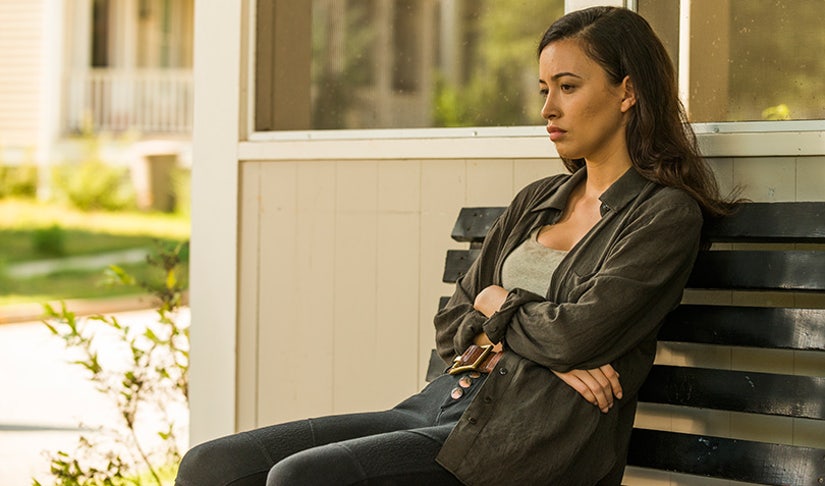 2) Never Try to Kill Negan on Your Own

As if Carl's attempt on Negan's life wasn't warning enough, tonight both Michonne and Rosita learned that it's not best to go solo.

After Negan killed Spencer, Rosita pulled a gun on him, firing with the bullet Eugene made her last week. But instead of hitting or even maiming Negan, Rosita hit Lucille instead. That damn bat saved the Big Bad's life!

This led to Negan demanding to know who helped her make the bullet. When she wouldn't reveal her assistant, Negan had one of his followers kill an Alexandrian of her choosing. The woman shot and mortally wounded Olivia. Poor, poor Olivia. RIP.

Eugene then copped to helping Rosita ... and just when we thought we'd be saying goodbye to the mulleted wonder as well this week, Negan decided to bring him back to the Sanctuary instead. In the end, Rosita's actions got Olivia killed, made Eugene a captor of the Saviors and even left her with a nasty scar on her cheek. Not your finest hour, girl.

Michonne was also on her own mission to take out Negan after kidnapping one of the Saviors. But the woman she held at gunpoint ended up showing her just how many followers he has. Michonne realized she can't do this on her own.

3) It's Time to Get the Band Back Together

"We are outnumbered, it's not even close. But that doesn't change the way that I feel. We're still alive Rick," she said in their prison cell conversation. "So much has happened, so much that we shouldn't have lived through. But in spite of it, we did. We're still here, the two of us. We're gonna keep standing, so what do we do with that? How do we make that mean something? We have to fight. Not for us, but for Judith, for Carl, for Alexandria, the Hilltop, all of us. We can fight them Rick, we can find a way to beat them.

Rick's response: "I know that now."

The episode ended with Rick, Michonne, Tara, Sasha, Rosita and Carl arriving at Hilltop to meet with Maggie, Sasha, Enid, a newly-free Daryl and Jesus. "You told us to get ready to fight," Rick said to Maggie, "I didn't listen, I couldn't. I can now."

Rick and Daryl then had the kind of hug that'll keep tumblr happy for years, before the entire group walked into the mansion on the hill to plan for the battle ahead. And with the group heading to the Kingdom when the show returns in 2017, their squad will only grow ... hopefully. 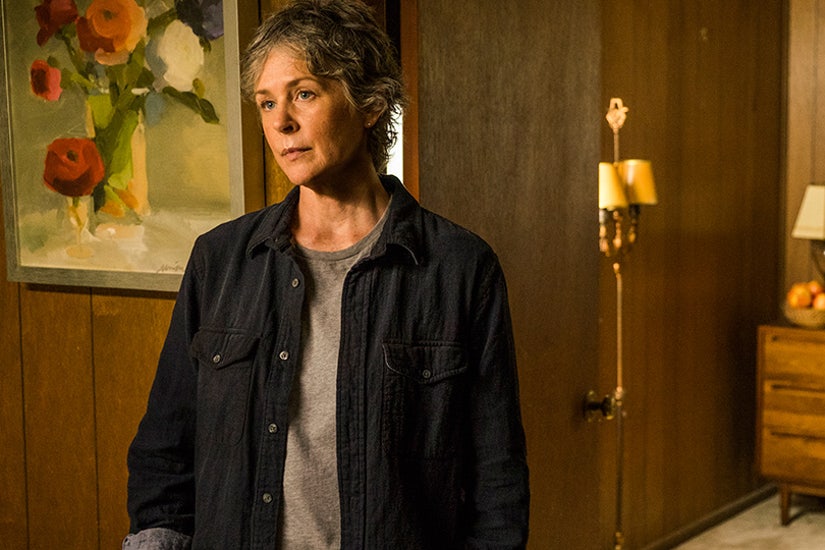 4) Carol and Morgan Continue to Annoy

As the Alexandrians and Hilltop communities band together, our friends at the Kingdom are thinking a little differently. Richard has a conversation with both Carol and Morgan, begging the former to help him convince King Ezekiel to attack Negan. He fears the Saviors can't be trusted -- he's right -- and thinks they need to strike as soon as possible.

Carol and Morgan, however, wanted nothing to do with it. "This is something I am not a part of. I didn't want you, Ezekiel or Morgan coming here. I just want to be left alone," Carol explained to Richard, who was clearly expecting a different result. Carol also told Morgan to say she's "gone" if he ever runs into anyone they know. Will she ever reunite with Rick and Daryl?!

That being said, Carol does have a pretty nice setup right now ... but we want to see her on the front lines, not reading books by the fire.

While Rick and Aaron are out on their supply run, someone is seen spying on them from the bushes. This person followed them back to Alexandria, where they continued to creep on them in the woods. We're shown this person's boots, hoodie and a hint of their face. That's not much to go off of, but Twitter is sure hoping the character turns out to be Alpha or one of her followers, the Whisperers.

The Whisperers are another group the survivors come up against later in the comics, leading to more of the source material's most shocking moments to date. The TV show could just be planting the seeds for next season, though the Whisperers usually wear walker skin to go undetected -- and this person tonight definitely wasn't.

Maybe it's one of the women from Oceanfront?

Either way, someone's out there .. and that hasn't worked out so well for Rick & Co. in the past.

What did you think of tonight's mid-season finale? Sound off below!