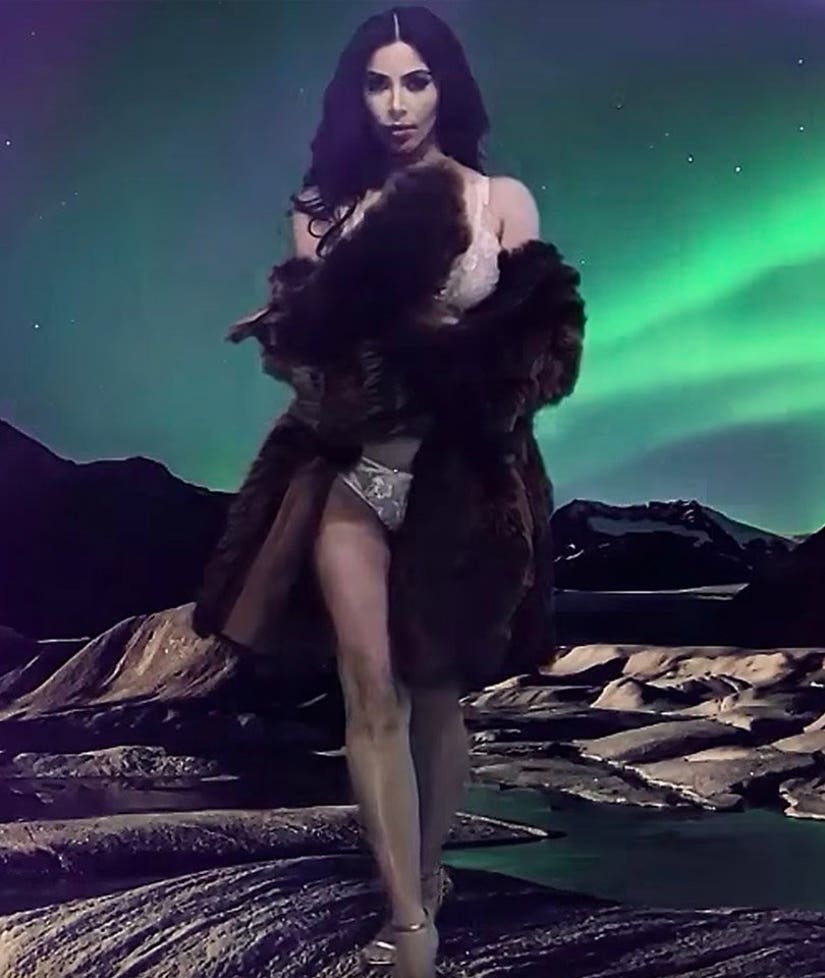 Set in an otherworldly landscape, Kardashian reached for the cameras seductively while hiding her biggest asset.

Just two months after her Paris robbery, Kardashian re-emerged in the following video, which was shot by famed director James Lima.

Eerily ushered out by the verbiage "Peace on Earth" on the screen before the short film fades to black, the video ends.

Watch the video (below) and see the hottest Kim K photos in the gallery (above).