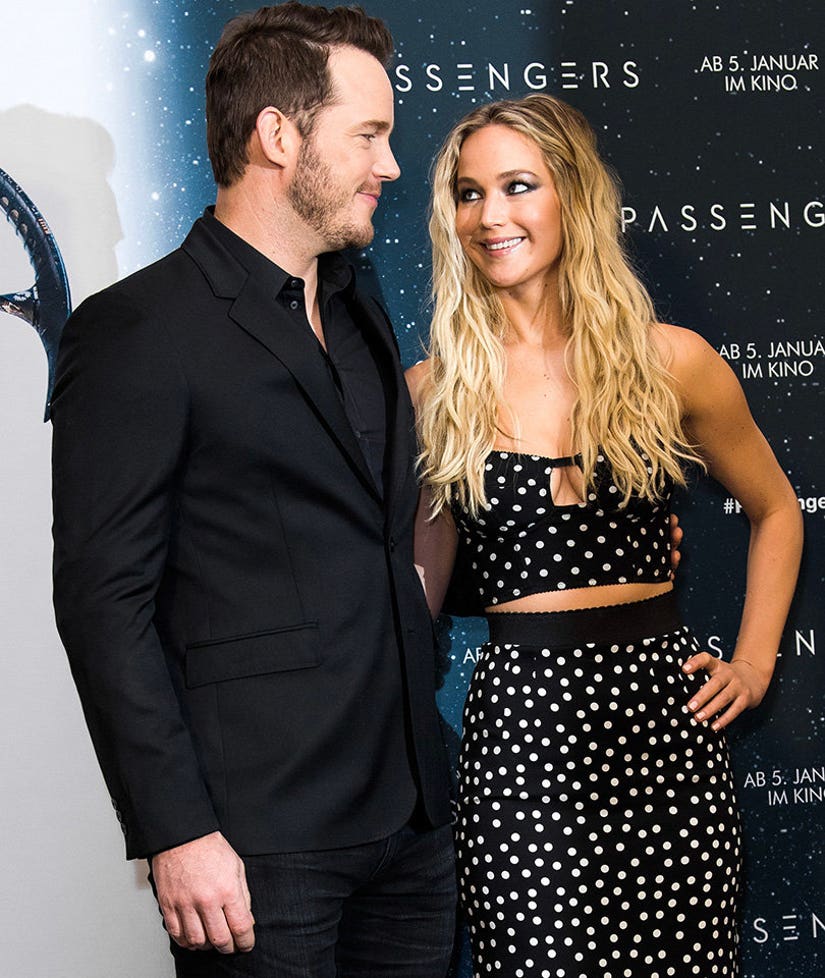 Jennifer Lawrence and Chris Pratt have serious chemistry, even when they're completely trashing each other.

On Monday's BBC Radio 1's Scott Mills Show, Lawrence and Pratt threw some pointed barbs at one another in a segment called "Playground Insults." The point of the game was to get the other to laugh with their putdowns, and whoever laughed first would lose.

Here are some Lawrence and Pratt's choice insults:

But it was talk about their "Passengers" sex scene that really brought the game home.

"Before our sex scene, I took two Pepto-Bismol," Lawrence joked, trying to keep a straight face. Pratt got even raunchier though, replying, "During our sex scene ... I felt your d--k rubbing into me!"

Watch a snippet from the hilarious segment below and see the gallery above for more of Jennifer Lawrence's most gorgeous looks.