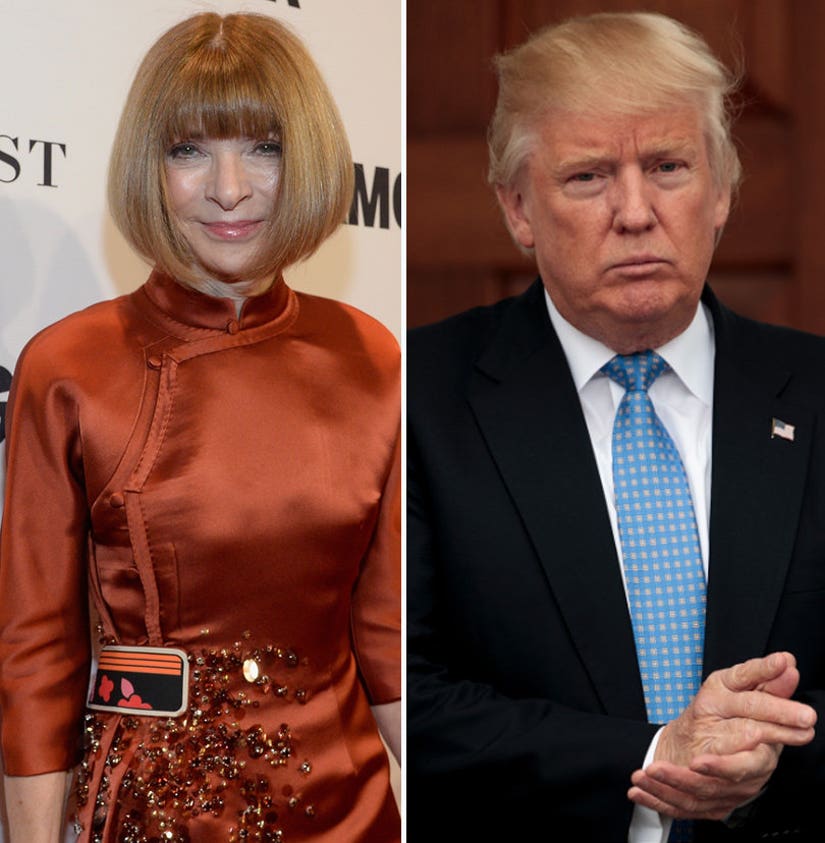 It's been a rough week for Anna Wintour.

The editor in chief of fashion bible Vogue was overheard trashing President-elect Donald Trump and his foundation while on a commuter train this week.

According to onlookers, Wintour was overheard saying, "Trump's foundation has done nothing."

Also that Trump's foundation is a "board is packed with relatives, and he's going to use his presidency to sell himself and his brand and profit personally for himself and his family."

After the Sunday Mirror contacted the fashion heavyweight about the incident, Wintour released a statement apologizing.

"I immediately regretted my comments, and I apologize. I hope that President-elect Trump will be a successful president for us all," she told the publication.

What do you think about Wintour's words? Tell toofab in the comment section below.