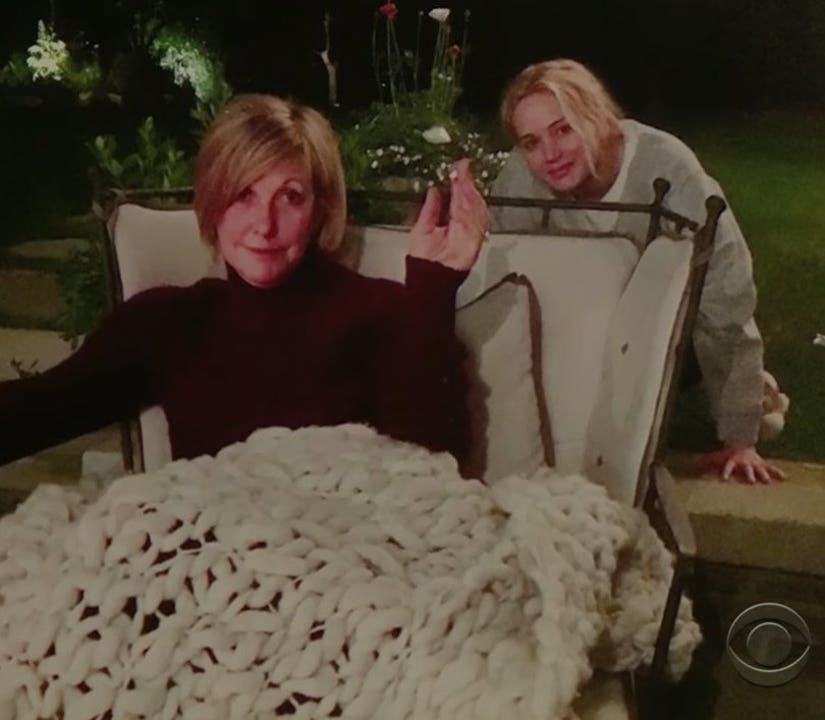 Jennifer Lawrence appeared on Tuesday's "The Late, Late Show," where she shared a hilarious photo of her popping a squat while posing for a picture with her mother.

"She has no idea, no clue," Lawrence told host James Corden about her mom. "I went to pee and my friend got the phone because she knew I was peeing and then we both decided to leave my mom out of it."

"That's a very relaxed peeing face," Corden noted. "I know how to do it. I've done it a lot," Lawrence hilariously confessed.

Lawrence has been making some ridiculous press rounds to promote her new movie "Passengers" with Chris Pratt.

On Monday, the Oscar-winning actress got revenge on Pratt -- who's been strategically cropping her out of all of his photos while promoting their new movie -- when she spray painted a bus that had the actor's face across it during an appearance on "Jimmy Kimmel Live."

"I feel better," she told Kimmel, who helped the actress get her payback.

What do you think about Lawrence's photo? Tell toofab in the comment section below!