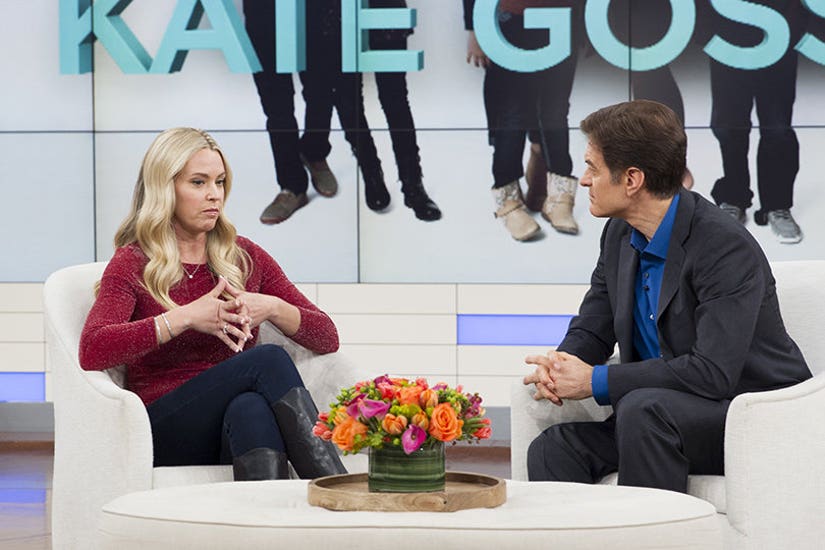 The war of words between Kate Gosselin and ex-husband Jon Gosselin rages on.

The "Kate Plus 8" star will appear on Thursday's "The Dr. Oz Show" to discuss everything from the couple's bitter divorce to child abuse allegations -- but a few sneak peek clips give us a taste of the drama to come.

The duo have been mudslinging each other in the press all year, after Jon kicked off 2016 by revealing he hadn't spoken to one of his kids in over a year. Kate later revealed that their son Colin was enrolled at a live-in facility to deal with his "special needs," as daughter Mady said Jon "doesn't even know us."

Keep reading to see what she has to say about her ex now, as well as how the split helped shape how she parents their kids.

On what her children think of dad Jon Gosselin:

They want a dad who's there for them. If I'm gonna be really honest, there was kind of the old Jon and the new Jon and none of us can quite understand, like, what happened there. So we struggled together. I mean, they coined it years ago, old daddy and new daddy. That's understandable, but, like, hard to kind of digest for all of us.

On how the media has scrutinized her motherhood:

I don't know why [I get media attention for everything I do]. I'm just a mom, like, all the moms everywhere. We're just doing our best and I'm really passionate about what I do and really loud about it, but, I mean, moms don't get enough credit. It's a stinking hard job. I mean, everything that we do we're putting the next generation out there. I don't take that lightly. I mess up a lot. But, I mean, I'm doing my best and I think that's the important thing to stop beating ourselves up and just to keep getting up and doing your best.

On adjusting her life after her divorce:

I'm down a parent so I'm really outnumbered now. I have to be kind of the mom and the dad and that's hard. It's been double duty and there's nobody to back me up so that's been--it's really challenging, but it's not something--I mean, I have more than the average number of kids, but it's not something that I'm doing alone. I mean, I've found that you're suddenly tuned into--there's so many single parents out there, single moms, single dads and we're all just kind of like trying to pick up the pieces together. It's hard.

On how being a single parent shaped her children:

I think the good is the fact that we've kind of really pulled tighter. They're a lot more empathetic, whether you see it really or not. Like I only have so much energy. I only have so much time. Sometimes I have to choose, you know, which sports event or which program to go to. They are empathetic to there's just one of you. We pull together. They help me, clean up the kitchen and there's--that's really been the good. The bad is, unfortunately, they feel torn, a lot between parents and that really sucks.