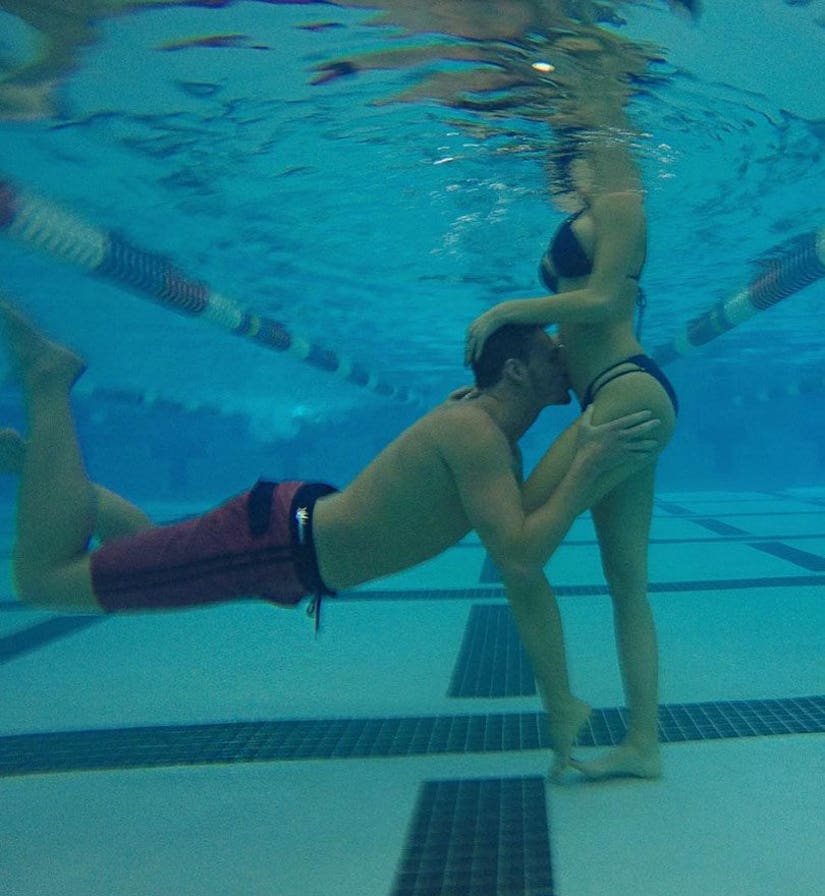 Ryan Lochte has good reason to say "Jeah!" right about now: his fiancee is pregnant!

The Olympian and girlfriend Kayla Rae Reid just announced they're expecting their first child together via Instagram. The two both shared photos of the couple underwater, showing swimmer kissing his baby-mama-to-be's stomach.

"Just when you think you think you have it all figured out, life always surprises you with blessings when least expect it," Reid added in her post. "So excited to share this news with all of you!"

The news comes following the couple's engagement back in October.

Reid stood by her man after his run in with police in Rio over the summer. "When I realized this was 'the one' was when she stuck behind me through this," he told USA Today, "She still loves me and she's still right there with me."

The 25-year-old model met Lochte in January of this year, while the two were both partying at Hollywood hot spot Bootsy Bellows in January.

"We physically ran into each other. We grabbed each other's hands and were looking into each other's eyes. We clicked," she told the New York Post. "I had always heard he was a player and a partier. I always said I would never date an athlete. When I met him, he was the complete opposite of everything I thought he was."

"I never pictured myself married to anyone,," she added. "I just never imagined that. He's so romantic. He leaves me love letters all around the house. He is a softie. He's sensitive and thoughtful."