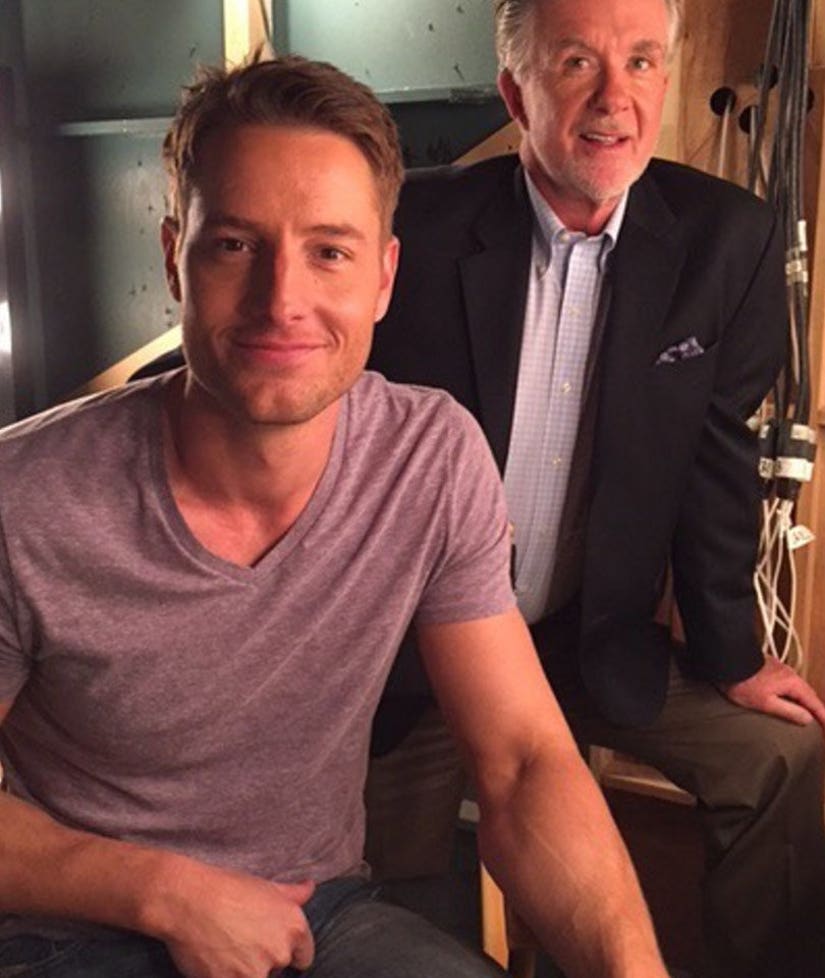 One of Alan Thicke's final performances was a cameo on the pilot of "This Is Us," and the show is mourning his death.

The late actor, who died on Tuesday at the age of 69, played the father of Justin Hartley's "Manny" character in the show within the show.

Hartley was first actor from the show pay tribute to Thicke. "When you meet one of your idols and they are even nicer and cooler than you hoped they would be. That was @Alan_Thicke. Rest in peace," he tweeted.

He then took to his Instagram page to share a photo of the two from the set and another touching message about working together.

"I grew up watching and loving Alan Thicke on television and was lucky enough to get to work with him recently," he wrote. "We became friends. What a great talent and a wonderful spirit. He will be missed by all of us. Rest in peace."

Chrissy Metz, who plays Hartley's sister on the show, tweeted her thoughts as well. "Sending my love and condolences to the entire Thicke family," she wrote. "May your transition be full of light and peace."

"I was so saddened to hear about the passing of Alan Thicke. It feels like just yesterday he joined us on the pilot of This Is Us," he said. "He was an absolute joy to work with and hang out with, both on and off camera."

"I know I speak for the entire This Is Us family as we send deepest condolences to his family, friends, and loved ones," he added.

The actor died after suffering a heart attack while playing hockey with his son Carter.