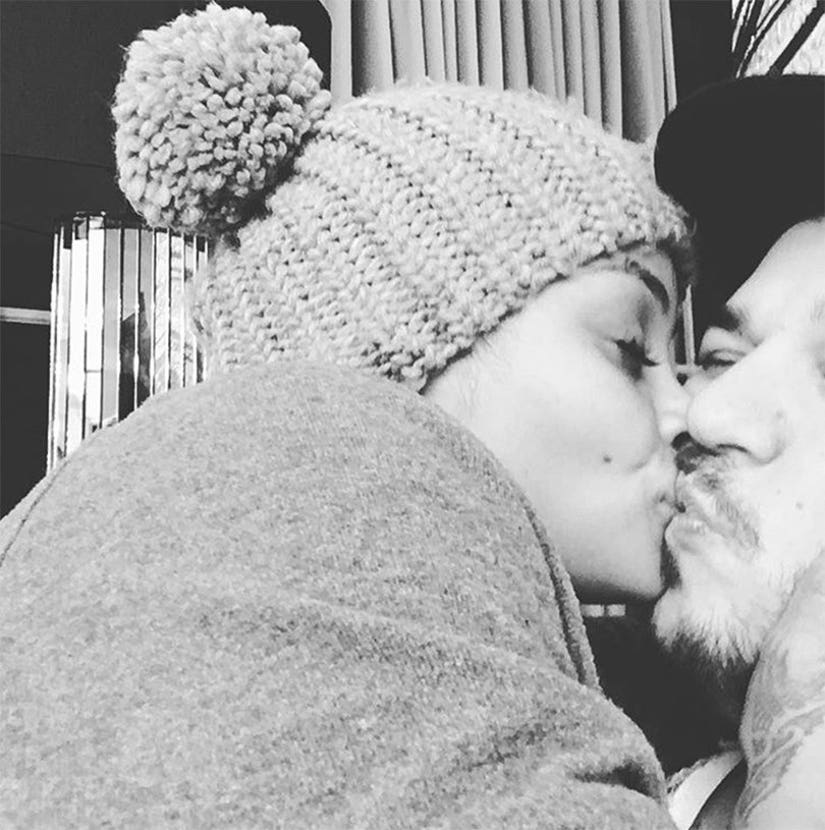 The couple gave fans a sneak peek into their unique brand of foreplay on Wednesday night, when Rob chronicled a steamy make-out session on Snapchat.

The series of videos began with a black and white clip of the two cuddling while kissing:

After that, Rob posted another video showing Blac Chyna caressing his chest:

Then things took an odd turn.

"Chyna is about to be so mad at me," Rob snickered in another clip, before throwing a wad of $100 bills onto his fiancee as she sat by the Christmas tree.

Clearly caught off guard by the action, Rob's baby mama appeared annoyed, exclaiming "Why would you do that?"The former stripper then collected the bills in disbelief, before eventually cracking a smile. The couple then proceeded to make out amid the pile of cash.

The strange videos come following news that their **"Keeping Up with the Kardashians"** spinoff show has been renewed for a second season."Rob and Chyna's romance struck such a chord with our viewers, who were engaged in their story even before we started filming the first season," **Jeff Olde**, EVP of Programming & Development said in a statement. "We are excited to share the next chapter of their story."The first "chapter" of their story showed the two in seemingly never-ending spats as they dealt with Rob's weight, trust issues and Chyna's pregnancy.