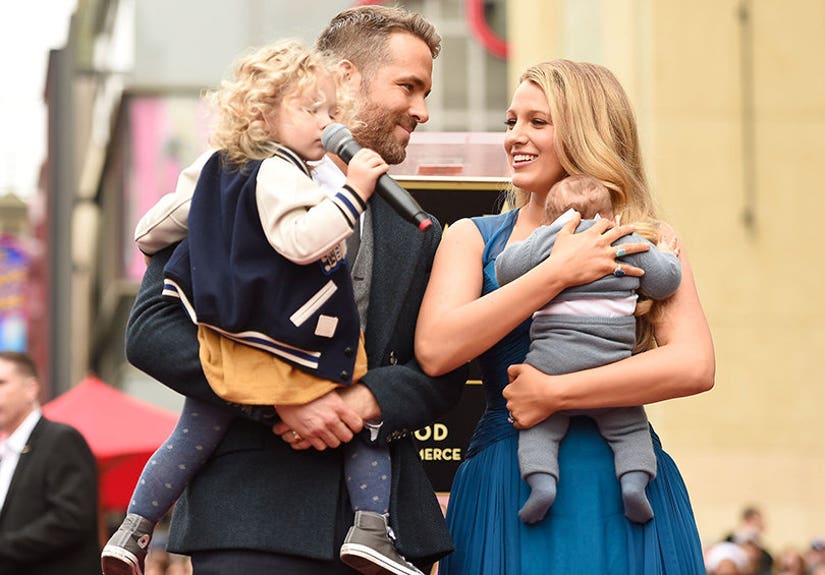 Blake Lively is in awe of her husband, Ryan Reynolds.

The "Deadpool" star was honored with a star on the Hollywood Walk of Fame on Thursday, where the couple's two daughters made their big public debut. After the ceremony though, the "Gossip Girl" actress took to Instagram to share a personal photo from the event, along with a sweet message to her hubby.

"Proud is a pitiful word to describe how I felt today," she wrote. "@vancityreynolds [Ryan's Instagram handle] The permanence of your impact is undeniable ... Always has been, but now we have a fancy 🌟to show for it."

The photo showed Blake, Ryan and their daughter James, who turns 2 today, standing over his star on Hollywood Blvd. The duo's other daughter, whose name still hasn't been released, was likely being held by one of her parents when the picture was taken.

"This is one of the rare occasions when we thought we got to bring the whole clan," Reynolds told EXTRA of their decision to bring the girls, who hadn't been seen before in public. "I'd regret it in 20 years if I didn't."

"It is a very big day," he added of the honor. "This is gonna be showered with footsteps, among other things, for centuries."