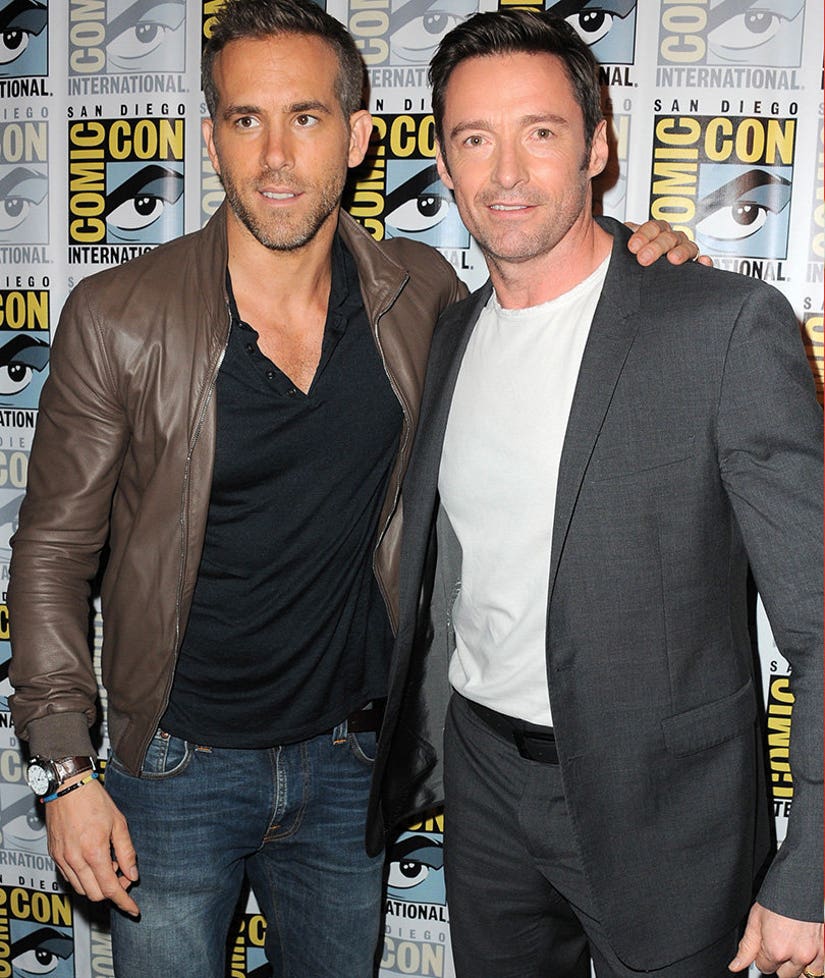 Hugh Jackman is getting back at Ryan Reynolds in his own "Deadpool" kind of way.

Reynolds' "Deadpool" character took a swipe at Jackman in his movie, donning a paper mask featuring the actor's face. This time it was Jackman who took a page out of Ryan's book and in contrast, wore a Ryan Reynolds mask to celebrate the actor's star on the Hollywood Walk of Fame.

Jackman said: "Ryan Reynolds here. Method actor. I'm working on my Australian accent. I'm doing a 'Crocodile Dundee 7.' You're gonna love it. You may remember me from such things as People magazine's 2010 Sexiest Man Alive or the 12th best DC Comics movie 'Green Lantern.' Who would have thought just three years after getting a star on Canada's Walk of Fame, I would be getting a star on Hollywood's Walk of Fame?"

The "X-Men" actor continued, "How could a guy who failed his high school drama class be this talented? I have no answer for that. But to quote my favorite actor in the world, the great Australian Hugh Jackman, who, by the way, was People's Sexiest Man Alive way before me, 'Americans are the most generous country on the planet.' "

Jackman captioned the video, "@VanCityReynolds asked me to post this 100% real video by him on being honored with a star on Hollywood's Walk of Fame today."

See the gallery (above) for more of your favorite leading men then and now.