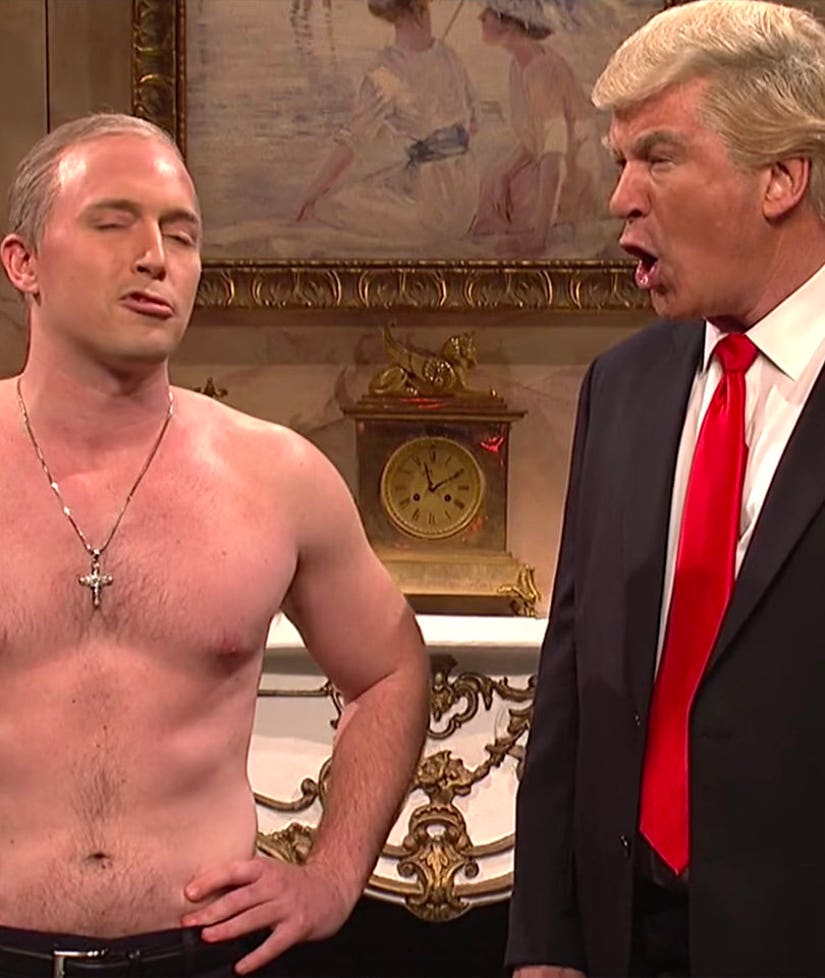 "Saturday Night Live" parodied the relationship between Donald Trump and Vladimir Putin in its cold open on Saturday night.

The opener discussed most of the previous week's politically-charged headlines, including the purported Russian involvement in the 2016 election, to Inauguration Day performers, to cabinet appointees. The sketch opened with Trump and Kate McKinnon's Kellyanne Conaway, who briefed "Trump" on his impending responsibilities.

Trump asked: "Can't I just do it three days a week like Howard Stern does?" as Putin comes down the chimney a la Santa Claus to gift Trump with a Christmas present: Trump Tower's own Elf on the Shelf doll. "You just place it right here next to your internet router," Putin said in a clear jab over the reported hacking scandal.

Later, the show parodied "Love Actually," featuring Hillary Clinton trying to persuade an electoral college voter to change their mind and vote Hillary in a scene reminiscent of that between Keira Knightley and "The Walking Dead's" Andrew Lincoln.

During the skit, Clinton brought a boom box and cue cards along, and flipped through the cards, discussing her epic loss in the 2016 election. The final card read: Trump "will kill us all." Watch the video (below).

The show's musical guest, Chance the Rapper, later teamed up with Kenan Thompson to perform "Jingle Barack." Special guest on the skit was host Casey Affleck, who was hosting "SNL" for the first time. In the clip, Affleck portrayed a break-dancing Jesus while Thompson and Chance rapped, celebrating the final Barack Obama Christmas. "Barack's still here," rapped Chance, "I'm drinking egg nog like I don't care, gonna hurt myself before we lose Obamacare."

A rapping Leslie Jones makes a cameo, and the video ends with a Presidential mic-drop. Watch the video (below).

See your favorite celebrities voting -- and who they voted for -- in the gallery (above).