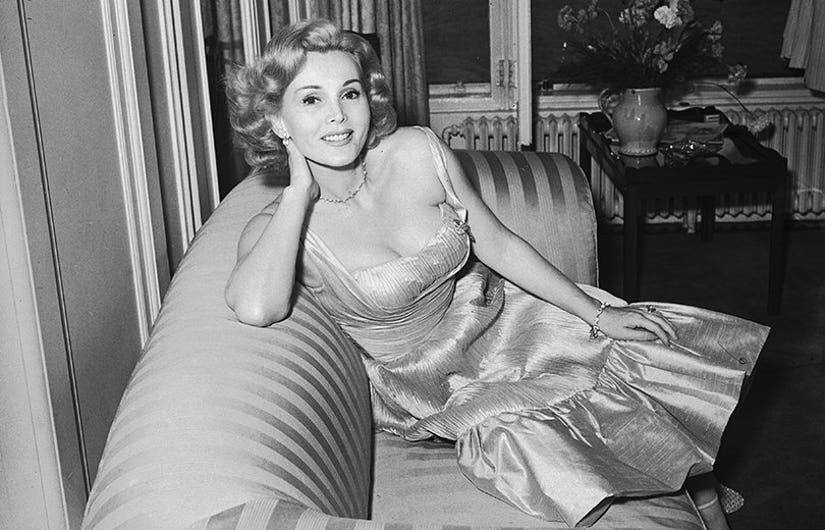 Hollywood socialite and actress Zsa Zsa Gabor is dead at 99.

According to TMZ, the Hungarian legend passed away on Sunday following a heart attack. She would have turned 100 in February.

In addition to acting in projects like the original "Moulin Rouge," Gabor was known for her many high-profile marriages. She got hitched nine times in her lifetime, including marriage with Paris Hilton's grandfather Conrad Hilton and actor George Sanders.

She also made headlines for slapping a cop back in 1989, an offense that landed her in jail for three days.

Gabor was married to Frederic Prinz Von Anhalt from 1986 until the time of her death. Von Anhalt held birthday parties for Zsa Zsa every year, though she would stay in her bedroom during the events.