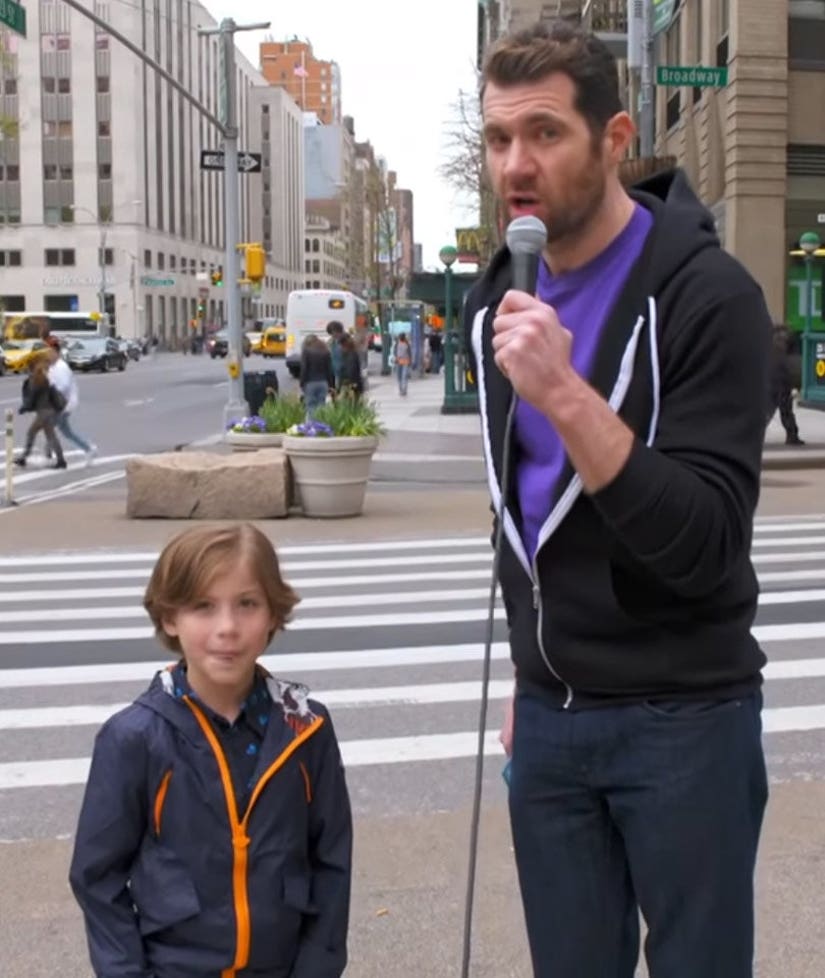 Billy on the Street

Billy Eichner is here to remind us all that Jacob Tremblay has accomplished more by the age of 10 than most will achieve in an entire lifetime.

The pint-sized "Room" star was the special guest for this week's "Billy on the Street," as the two ran around NYC playing a game called "Jacob Tremblay Is More Successful Than You."

"He has a Critics Choice Award, what does your kid have?" Billy asked one man who clearly didn't recognize the child star. When the guy replied "Straight As," Billy shot back, "What do I care? The New York Times said he was fragile and buoyant!"

Tremblay was sweet to all who recognized him during the game, and to another kid Eichner tried to diss.

"Jacob there's another child. But he doesn't have a Critics Choice Award," the host pointed out as another young boy walked by. "That doesn't mean he's not cool," Jacob responded.

Watch the segment below. See the full episode when "Billy on the Street" airs Tuesday at 10:30pm on truTV.