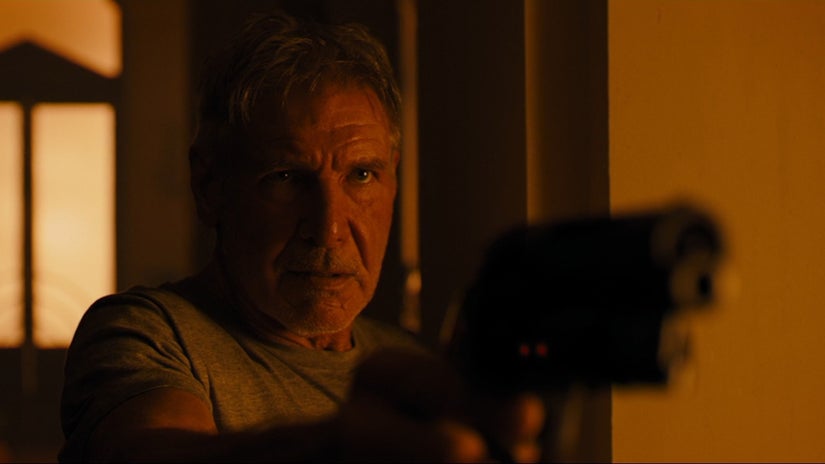 Harrison Ford is back in action as replicant hunter Rick Deckard.

The actor reprised his role from Ridley Scott's 1982 "Blade Runner" for a new sequel starring Ryan Gosling, titled "Blade Runner 2049." Warner Bros. just released an "announcement" trailer this morning, giving us our first glimpse of what Deckard's up to now.

The sneak peek starts with a voice over from the original film. "Replicants are like any other machine," Ford says. "They're either a benefit or a hazard. If they're a benefit, it's not my problem."

"I did your job once, I was good at it," Deckard then tells Gosling's LAPD officer in the footage. "Things were simpler then," he responds.

There's not a lot to go off of here, but director Denis Villeneuve ("Arrival," "Prisoners") definitely has the atmosphere of Scott's film down perfectly.

Here is the official movie synopsis:

Thirty years after the events of the first film, a new blade runner, LAPD Officer K (Ryan Gosling), unearths a long-buried secret that has the potential to plunge what's left of society into chaos. K's discovery leads him on a quest to find Rick Deckard (Harrison Ford), a former LAPD blade runner who has been missing for 30 years.