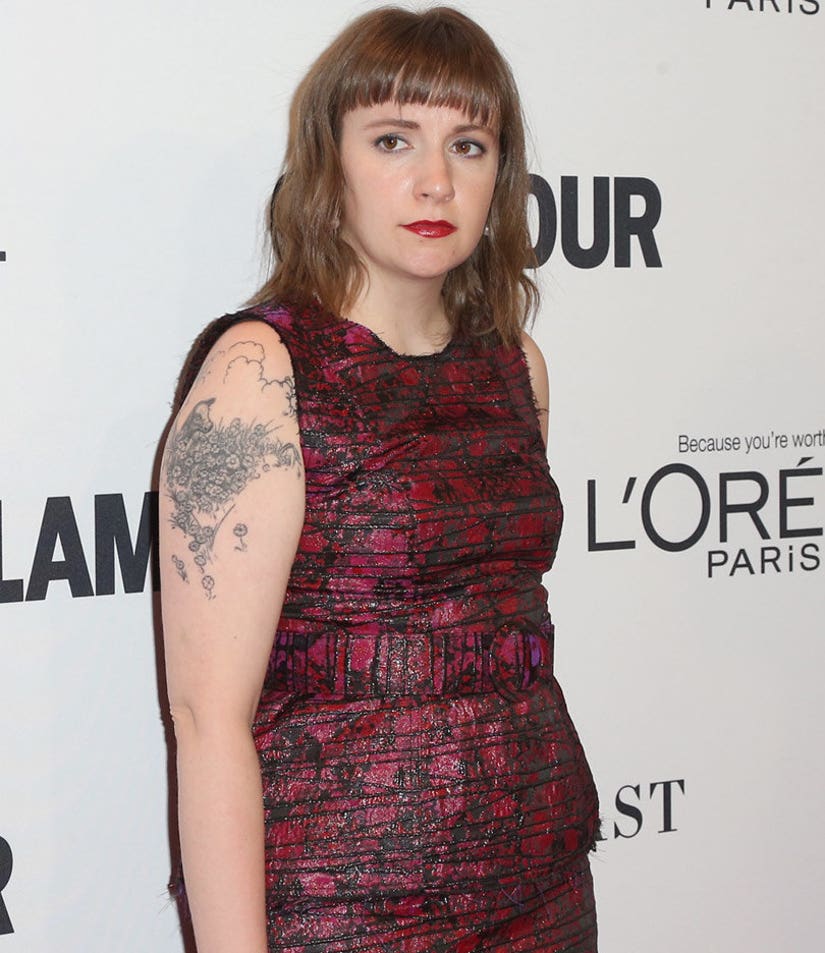 After the backlash the "Girls" actress received online, she posted an Instagram photo which read "Choice" written on a chalkboard.

"My latest podcast episode was meant to tell a multifaceted story about reproductive choice in America, to explain the many reasons women do or don't choose to have children and what bodily autonomy really means. I'm so proud of the medley of voices in the episode. I truly hope a distasteful joke on my part won't diminish the amazing work of all the women who participated. My words were spoken from a sort of "delusional girl" persona I often inhabit, a girl who careens between wisdom and ignorance (that's what my TV show is too) and it didn't translate. That's my fault. I would never, ever intentionally trivialize the emotional and physical challenges of terminating a pregnancy. My only goal is to increase awareness and decrease stigma. I take reproductive choice in America more seriously than I take literally anything else, and therefore own full responsibility for any words I speak that don't convey this truth clearly. I know plenty of people will never like a thing that leaves my lips, mea culpas or no, but this apology is for the women who have placed their trust in me. You mean everything to me. My life is and always will be devoted to reproductive justice and freedom. You know how in some households you curse and have to put money in a jar? Well in mine, if you mess up your pro-choice messaging you have to give a sizable donation to abortion funds (https://abortionfunds.org/need-abortion) in New York, Texas and Ohio. I look forward to fighting with you all for the next four years and beyond."

The apology seemed to fall flat, however, as most of the comments on the Instagram post were negative and included simple things such as "FAIL," to more complex insults like, "You are a f--king moron and as a fan, I'm tired of listening to your position. Your ridic grip on reality and your shock value, it's old. I've removed everything you have watched and are planned to be in from my TiVo. I have two nephews and I absolutely condone [sic] them being in a world where you are relevant. You are an abomination to women everywhere."

"Girls" star and outspoken feminist Lena Dunham is under fire for her latest comments she made during a conversation about the stigma surrounding abortion.

During the new edition of the show's podcast "Women of the Hour" Dunham recalled a time she was asked to speak about her own experiences with abortion during a visit to Planned Parenthood in Texas.

"I sort of jumped," Dunham said. "'I haven't had an abortion,' I told her. I wanted to make it really clear to her that as much as I was going out and fighting for other women's options, I myself had never had an abortion."

"Even I, the woman who cares as much as anybody about a woman's right to choose, felt it was important that people know I was unblemished in this department," she continued. "Now I can say that I still haven't had an abortion, but I wish I had."

However, the actress' remarks when viral Tuesday, igniting a firestorm on social media. See some of the Twitter reactions below:

Lena Dunham,having an abortion is not a trend,women who choose this path dont think it is cute, your whiteness, privilege reeks, #lenadunham

#LenaDunham regrets not having an abortion. I'm sure her mother feels the same way #tcot @peddoc63

how is #LenaDunham a feminist????

Any feminists who did not express their disgust at Lena Dunham is an imbecile. #LenaDunham #feminism #feminist

I see #LenaDunham trending and think "Oh Lord what did she say now?"

I don't have HIV. There so mush stigma surrounding HIV, I wish I had HIV (to help). That's #lenadunham logic.

Lena Dunham took other people's painful experience, trivialized it then made it about her because LENA DUNHAM.

Literally everything Lena Dunham says and does is a smoke signal that spells "My daddy didn't love me enough".

Lena Dunham says she wishes she could have an abortion. Let's remember, women who have abortions never wished that upon themselves.