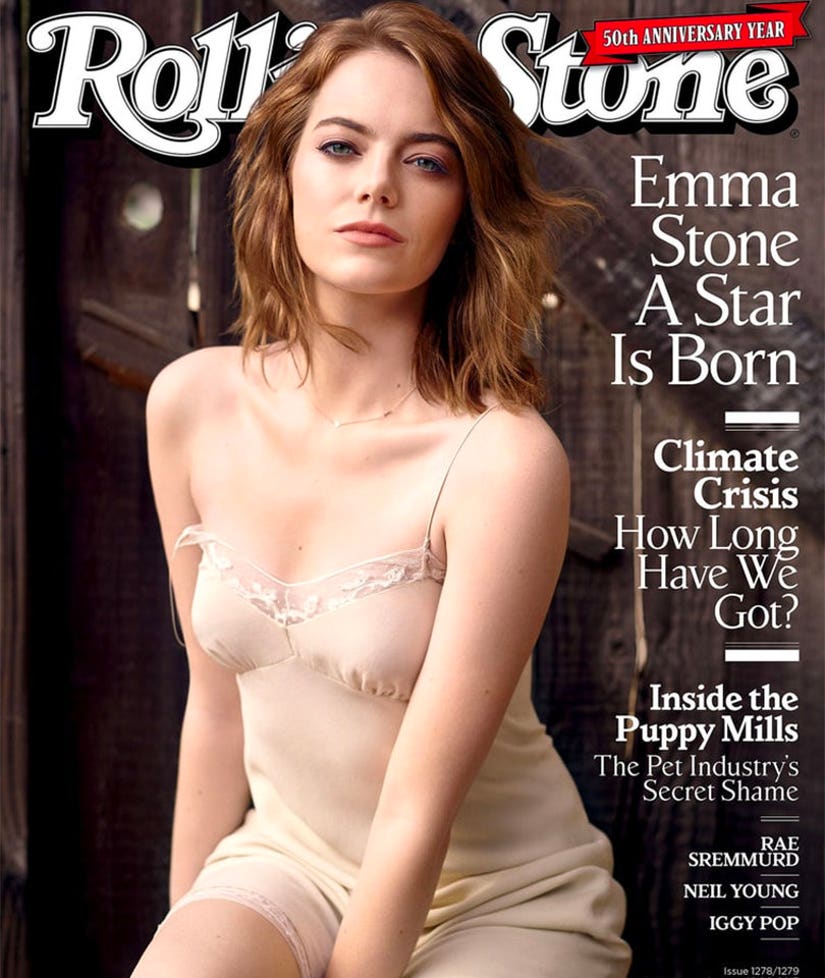 Emma Stone may reach the highest of Hollywood heights with an Oscar win for her role in "La La Land," but the actress candid interview in Rolling Stone is as down-to-earth as it gets.

Here are the 5 most surprising revelations TooFab learned from Stone's cover story:

1. She suffered debilitating childhood anxiety during her childhood.

"I was convinced the house was burning down. I could sense it ... a tightening in my chest, feeling I couldn't breathe, like the world was going to end. I would ask my mom a hundred times how the day was gonna lay out. What time was she gonna drop me off? Where was she gonna be? What would happen at lunch? At a certain point, I couldn't go to friends' houses anymore -– I could barely get out the door to school."

2. She joined a local theater improv group as a means to curb her fears.

"You have to be present in improv, and that's the antithesis of anxiety."

3. She's faced a lot of sexism in the entertainment industry.

"There are times in the past, making a movie, when I've been told that I'm hindering the process by bringing up an opinion or an idea. I hesitate to make it about being a woman, but there have been times when I've improvised, they've laughed at my joke and then given it to my male costar. Given my joke away. Or it's been me saying, 'I really don't think this line is gonna work,' and being told, 'Just say it, just say it, if it doesn't work we'll cut it out -— and they didn't cut it out, and it really didn't work!"

4. She has a hiatal hernia.

"I can't have spicy foods. [Part of my stomach protrudes] into my esophagus. I was born with it. I was like a little old man as a young lady."

5. She wrote a book when she was a child.

"I wrote this book called 'I Am Bigger Than My Anxiety' that I still have: I drew a little green monster on my shoulder that speaks to me in my ear and tells me all these things that aren't true. And every time I listen to it, it grows bigger. If I listen to it enough, it crushes me. But if I turn my head and keep doing what I'm doing -– let it speak to me, but don't give it the credit it needs -– then it shrinks down and fades away."

See more of Emma Stone's latest looks in the gallery (above).