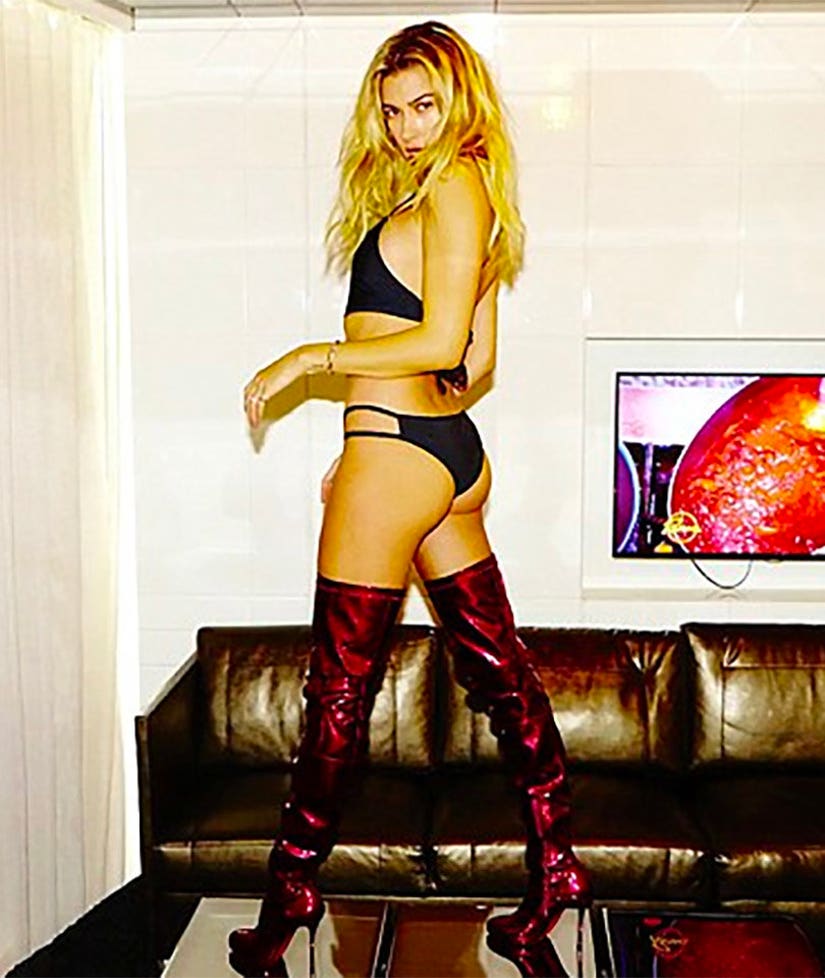 Hailey Baldwin wore some serious knee-high boots to her Love Advent Calendar video shoot, and the only thing that might've overshadowed the look were her moves.

Set to an extremely slowed-down (and explicit) version of Sage the Gemini's "Don't You," Baldwin shimmies around a hotel room at The Standard in New York City, dancing on table tops, snapping photos of herself, and eventually ends up in the shower.

Watch the video and see more (below).

Watch the top three most-viewed Love videos from 2016 (below) and see more celebrities getting wet in the gallery (above).

Kim Kardashian and her outer space-themed shoot from day 12.

Irina Shayk and her "Ghost"-themed shoot from day 2.

And finally, Rita Ora, and her Swedish milkmaid-themed shoot from day 3.