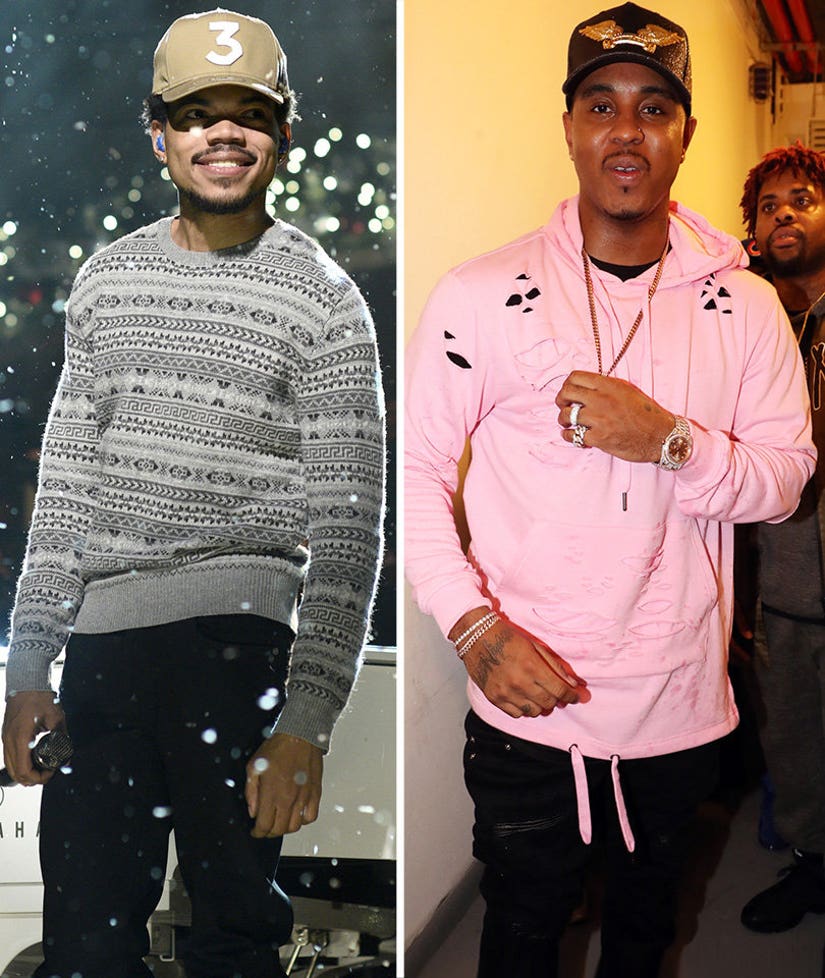 Chance the Rapper and Jeremih dropped a surprise Christmas-themed mix tape while you were sleeping early Thursday morning. So what are the most popular tracks so far?

Based on Soundcloud plays as of the time of this posting, TooFab discovered that easily one of the Top 3 on the album are "All the Way," which features sound bites from "A Christmas Story," and is a play on the more traditional carol, "Jingle Bells."

Coming in second would be "Stranger at the Table," a love song that features a sample riff of the "Jackson 5's" "I Want You Back."

Coming in third is "Snowed In," which features a play on "I'll Be Home for Christmas."

The Chicago rappers dedicated the mixtape to their hometown on Thursday afternoon with Chance the Rapper tweeting: "Jeremih and I made something for all the girls back in Chicago for winter break. Merry Christmas Lil Mama."

You can listen to the rest of the album (below) and see more celebrities celebrating the holidays in the gallery (above).