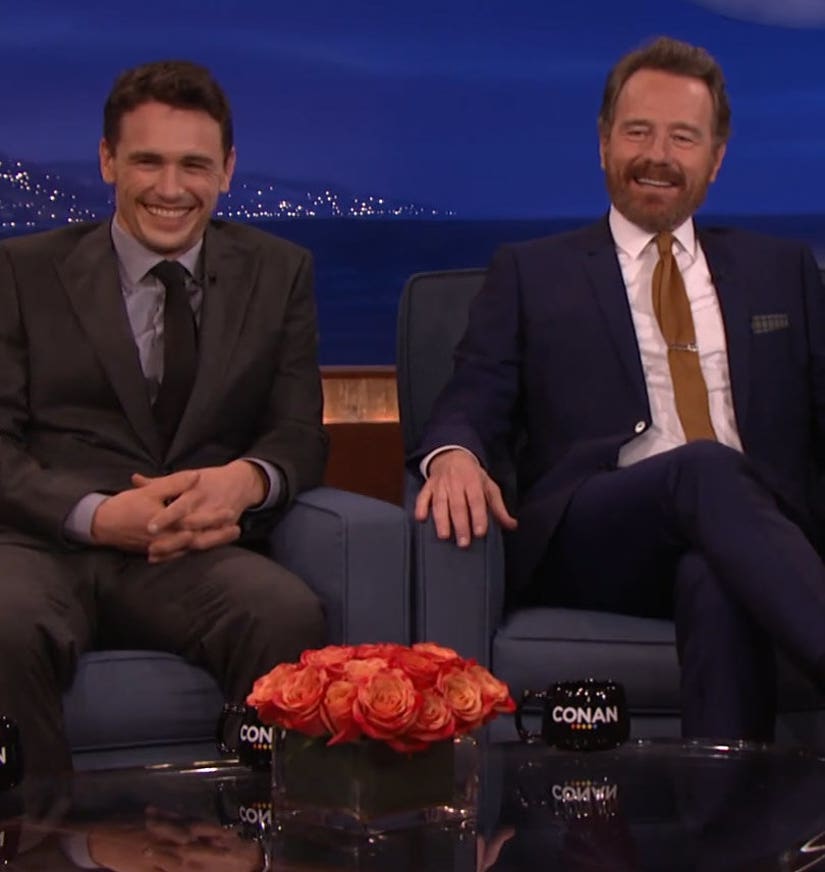 James Franco clearly thinks sharing is caring, especially when it comes to his co-stars.

During an appearance on "Conan" Wednesday night for their new comedy "Why Him?," Franco and Bryan Cranston revealed that much of the art featured in the film were his own labors of love.

Of the paintings, Franco said: "I [painted] a lot of them, yes. There was supposed to be a lot of art in the house, and they consulted me: 'What kind of art do you think you would have?' They showed me kind of very generic paintings, so I thought, 'Well, I have some paintings that may be funnier and may be more in line with the character.' "

After shooting wrapped on the film, Franco gifted Cranston with one of his paintings featuring a vibrant green marijuana leaf that Franco said was painted with real marijuana.

Laughing, Cranston told Conan about his wife's chilly reception to the painting when he brought it back to their "nice little Connecticut home."

"Honey, where do you think this would fit? And she said 'I don't know if it would fit anywhere,' " he said.

See photos: James Franco and Company at "Why Him?" Premiere