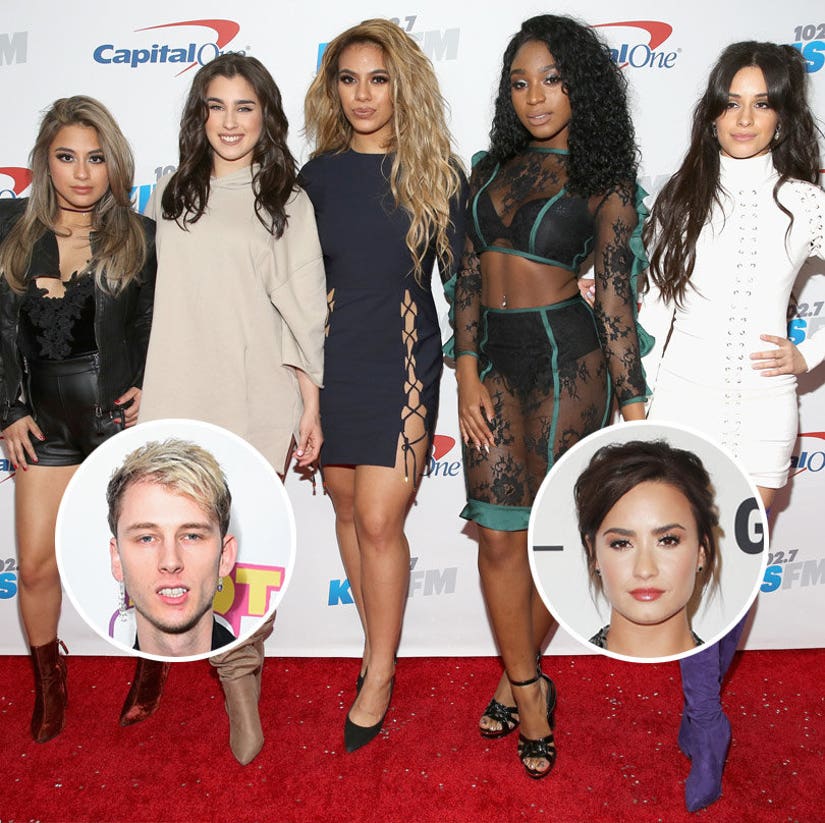 Camila Cabello's exit from Fifth Harmony gets more messy by the day.

Machine Gun Kelly defended the singer's decision to leave the girl group during a new radio interview, while Demi Lovato gets pulled into the drama.

"I know Camila, there is no like trickery going on," he said. "There's no behind-the-back stuff."

"It was odd that it happened on the day that we got our gold plaque for 'Bad Things.' It seems like, the way it played out, it wasn't great timing ... but I know that it was all so genuine," he added.

"I don't like to see someone like that almost get picked on," MGK said of how everything was handled.

Now fans are pleading with the group's former "X-Factor" mentor to rescue Fifth Harmony from its current management situation, asking Lovato to sign the ladies to her label, Safehouse.

Camila announced she was leaving the girl group on Dec. 18 after their last Jingle Ball show.

Shortly after the announcement, Fifth Harmony shared a lengthy social media post saying that Camila "decided to leave" and were informed through "her representatives."

"I was shocked to read the statement Fifth Harmony posted without my knowing," Cabello said in her own statement. "The girls were aware of my feelings through the long, much needed conversations about the future we had during tour. Saying that they were informed through my representatives that I was 'leaving the group' is simply not true."