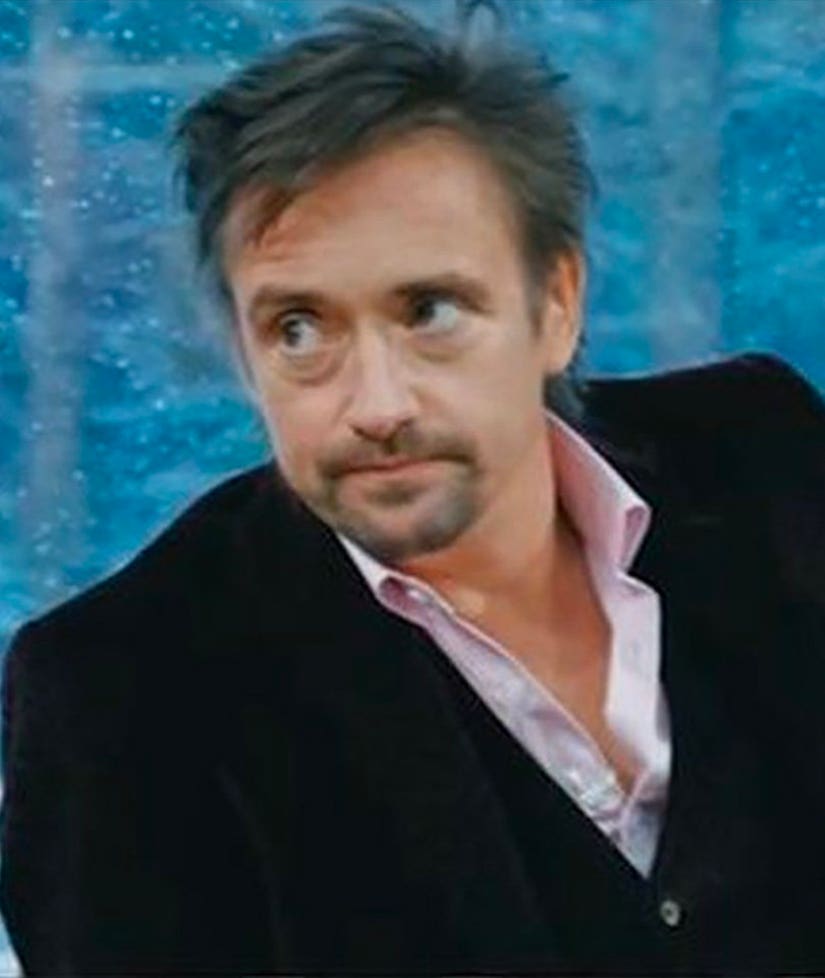 "The Grand Tour" host Richard Hammond is under fire for controversial remarks he made on the Amazon series regarding gay men and ice cream.

During an exchange on the sixth episode of Season 1 of the TV motoring series, co-host Jeremy Clarkson pointed to an image of the interior of a Rolls Royce, saying: “The only problem is that in one of those, you couldn't enjoy a chocolate Magnum ice-cream.”

"It's all right, I don't eat ice-cream," said Hammond. "It's something to do with being straight."

Clarkson and co-host James May appeared taken aback as the live studio audience broke out into applause.

But Clarkson responded: "Why are you applauding him? What do you mean? You're saying all children are homosexual?"

Hammond responded: "What? What? Ice cream is a bit -- you know ... There's nothing wrong with it, but a grown man eating an ice cream -- it's that way, rather than that way."

Clarkson is no stranger to controversy himself after his very public firing from BBC's "Top Gear" in 2015 after being accused by production staff of battery and verbal abuse. Hammond and May, who served as co-hosts alongside Clarkson, both jumped ship and launched "The Grand Tour" on Amazon Prime. BBC rebooted "Top Gear" that same year with new hosts Chris Evans and Matt LeBlanc.

"The Grand Tour" has thus far maintained its regular premise of slightly off-color, tongue-in-cheek humor and vehicle analysis, but Hammond is now getting blasting across the internet for these particular comments.

See the video featuring the segment (below) and continue reading.

We lost Prince, Bowie and Michael in a year where Richard Hammond can't eat ice cream in fear of damaging his fragile & pathetic masculinity

Dear @RichardHammond, casual homophobia has no place in 2016. You're in the public eye on a public TV show. Your voice is heard & it hurts.

.@RichardHammond HELLO I HAVE BEEN EATING ICE CREAM FOR YEARS AND I'M STILL HETEROSEXUAL WHAT I AM DOING WRONG PLEASE HELP

Imagine being so insecure in your masculinity and sexuality that you can't enjoy a cornetto. #RichardHammond

So according to #RichardHammond eating ice cream is 'gay'. Coming from a man that has spent 99% of his career inside Jeremy Clarkson's arse.

If #RichardHammond ever wants to stop being casually homophobic, I'm happy to throw an ice cream at his face

Oh look! Twitter is enraged and offended because Richard Hammond made a silly comment about ice cream - the outrage! Off with his tiny head!

i did not log on to twitter to see that richard hammond has said that eating ice cream makes you gay. i did not

Can someone tell all the charities Richard Hammond is involved in that they're wrong about him. Twitter says he's a cretin so he must be.