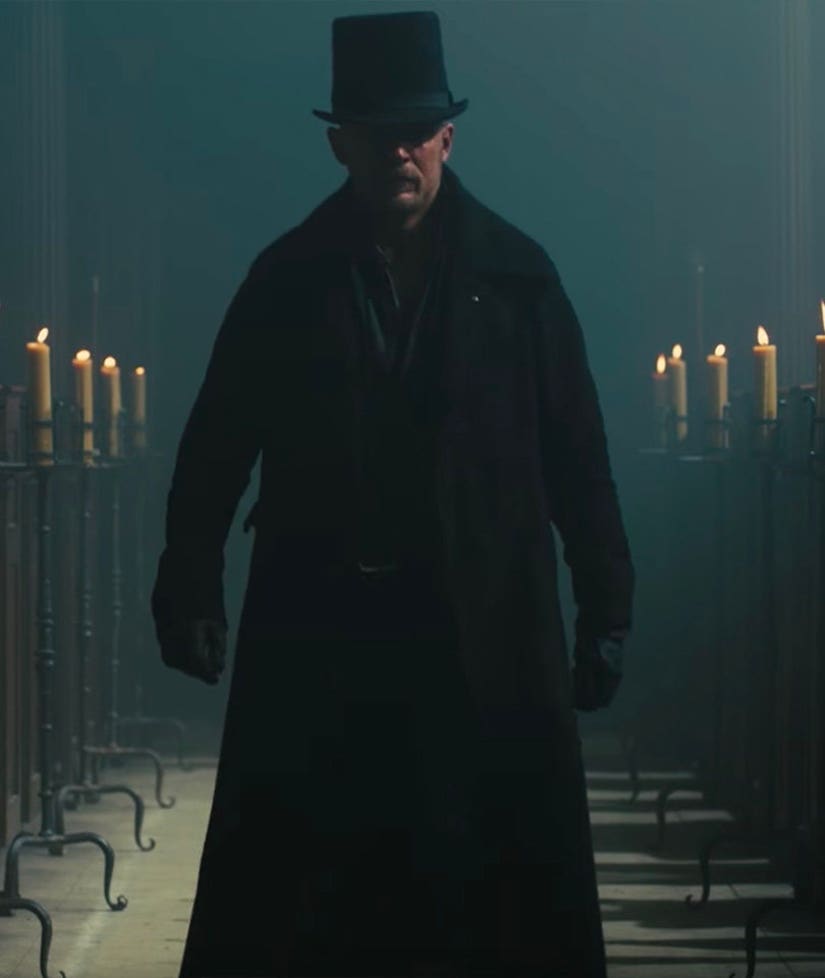 The trailer that hit the web on Saturday features Hardy's character being told, "You look the same," much to the surprise of those who thought he was dead. His response? "I'm not."

In "Taboo," Hardy portrays an adventurer (James Delaney) who returns to Britain to avenge his father's death despite the fact that Delaney is also thought to be dead. The show was created by Hardy, alongside his father Chips, as well as Steven Knight. "Alien" director Ridley Scott serves as an executive producer on the project.

Watch the trailer (below):