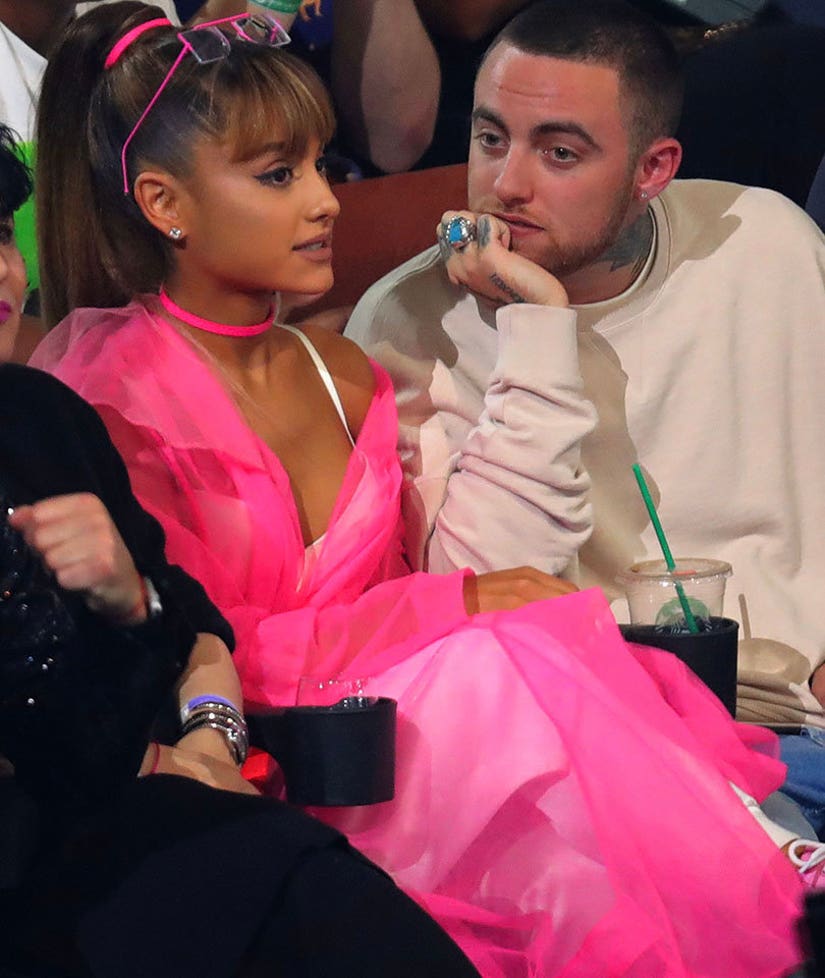 Ariana Grande is fed up with the way females are objectified by some men after a distasteful encounter with an obnoxious male fan.

After dinner on Tuesday night, Grande and boyfriend Mac Miller were approached by a fan, who in his effort to heap praise on Miller actually made inappropriate sexualized remarks to Grande.

"Went to pick up food with my boyfriend tonight and a young boy followed us to the car to tell Mac that he's a big fan. He was loud and excited and by the time M was seated in the drivers seat he was literally almost in the car with us. I thought all of this was cute and exciting until he said 'ariana is sexy as hell man i see you, i see you hitting that!!!' " the "Dangerous Woman" singer wrote on Twitter.

"Pause. Hitting that? the f--k? This may not seem like a big deal some of you but I felt sick and objectified. I was also sitting right there when he said it. I've felt really quiet and hurt since that moment. Things like [sic] happen all the time and are the kinds of moments that contribute to women's sense of fear and inadequacy."

"I am not a piece of meat that a man gets to utilize for his pleasure. I'm an adult human being in a relationship with a man who treats me with love and respect. It hurts my heart that so many young people are so comfortable enough using these phrases and objectifying women with such ease."

Related: Ariana Grande Goes Off On Ryan Seacrest For Asking About Her Dating Life

"I felt like speaking out about this one experience tonight because I know very well that most women know the sensation of being spoken about in an uncomfortable way or taken advantage of publicly by a man. We need to talk about these moments openly because they are harmful and they live on inside of us in shame."

Grande concluded: "We need to share and be vocal when something makes us feel uncomfortable because if we don't, it will just continue. We are not objects or prizes. WE ARE QUEENS."

Miller has not publicly commented on the incident.