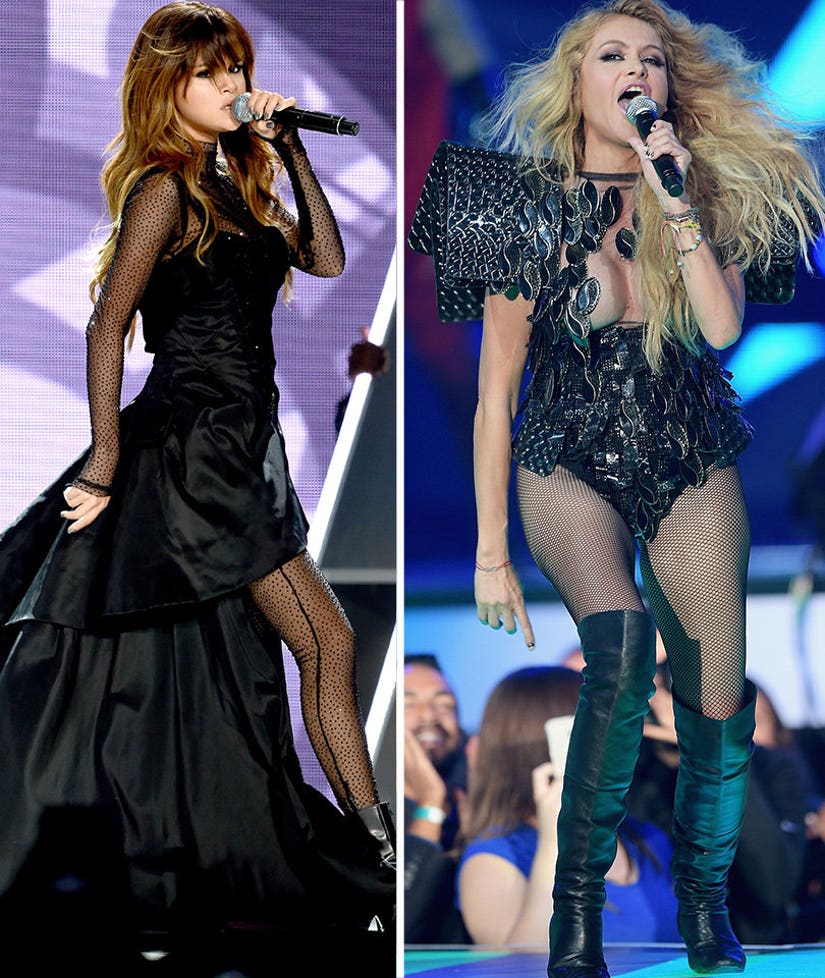 She and Gomez have collaborated for a single on the "Don't Say Goodbye" singer's currently untitled upcoming album.

"My new album is like another member of the team, or the family. It will be a true warrior, has something from all genres, from band to pop, collaborations of DJ Snake and Selena Gomez. I tried to keep a key element: that the music is danceable," Rubio told Vanidades magazine.

As TooFab reported, Gomez was photographed in the studio in early December by songwriter Justin Tranter after taking a long break from music.

After canceling the remainder of her tour dates and taking months off to focus on her mental and emotional well-being, Gomez reemerged in one of her first public appearances at the 2016 American Music Awards. While accepting her award for Best Female Pop Performer, Gomez thanked her supporters in an emotional speech.

Tearing up, she said: "In 2014, this stage was actually the first time that I was authentically 100 percent honest with all of you. I think it's safe to say most of you know my life whether I liked it or not. And I had to stop. Because I had everything. And I was absolutely broken inside. I kept it all together enough to where I would never let you down, but I kept it too much together to where I let myself down."

Gomez's collaboration with Rubio will be her first publicized endeavor since 2015's "Revival" album.

See Rubio's stunning Vanidades cover (below) and Selena's sexiest styles in the gallery (above).