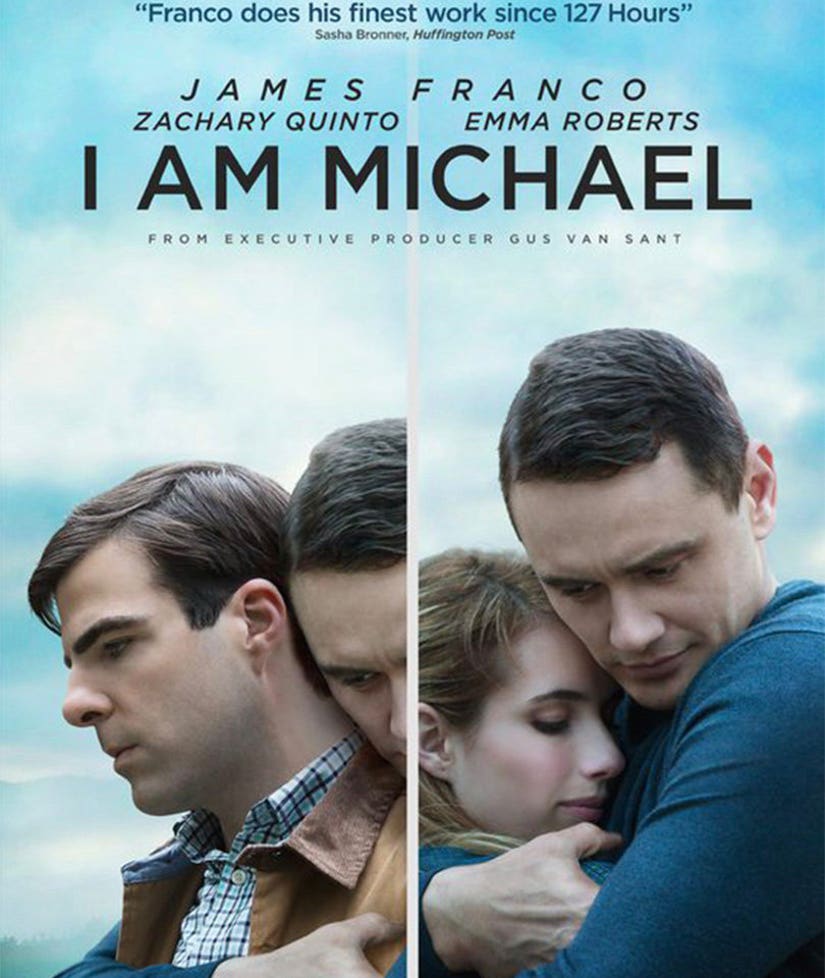 The trailer for James Franco's gay drama "I Am Michael" has finally arrived two years after the film premiered at the Sundance Film Festival.

The movie is based on the life of former gay rights advocate Michael Glatze, who astounded his boyfriend, family and friends by announcing that he was heterosexual.

Glatze, who formerly wrote for the gay men's magazine XY and then launched his own publication, Young Gay America. dated his boyfriend of 10 years Benjie Nycum (played by Zachary Quinto).

The two published and gave lectures about religion and homosexuality, and how the two could -- or could not -- theologically or socially coexist.

After experiencing a health scare Glatze indulged in religious studies and afterward announced that he no longer identified as homosexual. He went on to marry a woman he met at church (portrayed by Emma Roberts) in 2007.

See the trailer (below) and more men of the '90s then and now in the gallery (above).

"I Am Michael" will have a limited theatrical and video-on-demand release on Jan. 27, 2017.