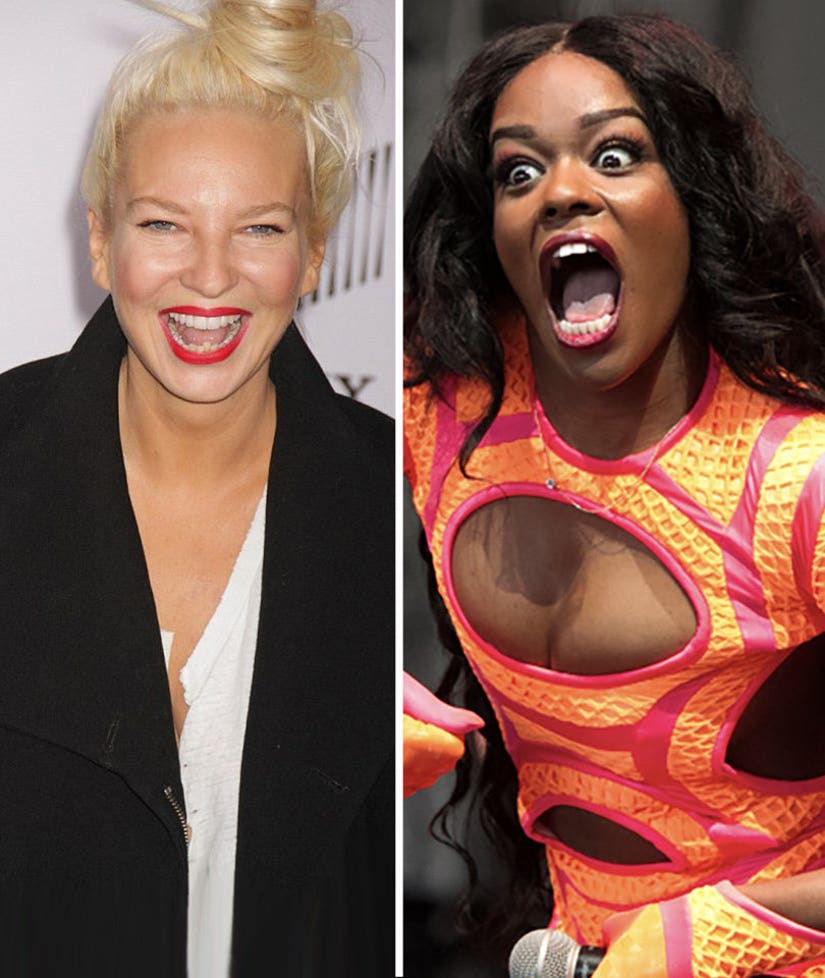 The internet is in an uproar after finding out that Azealia Banks has been sacrificing chickens in a bloody, feather-covered closet for the last three years.

The "212" rapper shared a grisly video featuring herself cleaning out a closet that was spattered with old blood and chicken feathers while bragging about animal sacrifices and witchcraft.

Singer and animal rights activist Sia blasted the Banks for the rituals.

"Sacrificing animals for your gain is the wackest s--t I've ever heard. Get ahead by being awesome, kind and working hard," Sia tweeted**.

Banks, who's Twitter account is suspended at time of this posting, fired back at the "Chandelier" singer.

"And your ugly pasty dry white lady winter skin face is the ugliest fave (sic) I've ever seen that must be why you hide it all the time," Banks wrote.

"HAVE SOME F---ING RESPECT FOR MY F---ING TRADITIONAL AFRICAN RELIGION YOU POMPOUS WHITE B----."

The other reactions on Twitter were just as explosive.

See the responses as well as the grisly video (below).

Azealia Banks via instagram, cleaning the closet she's been performing brujeria for 3 years in. pic.twitter.com/0OsoSdJynw

Azealia Banks has been sacrificing chickens for 3 years. All that witchcraft and she still can't conjure up a career

We would like to clarify for the record that sacrifice, animal or otherwise, has no part of Satanism. #azealia #azealiabanks

I'm BESIDE myself. #AzealiaBanks sacrificing poor chickens for brujeria (witchcraft). What is wrong with that psycho!

CAN SOMEONE ARREST AZEALIA BANKS ? WTF ANIMAL CRUELTY IS NOT OKAY

azealia banks needs to be locked up in a psychiatric ward omg wtf?

Now Azealia Banks shows her "sacrifice room" b4 she cleans it up?? WTF?? The amount of EVIL and DISGUST in this world is MORE THAN SHOCKING

WHO is azealia banks sacrificing the chickens to?????

Thee question no one is asking about Azealia Banks sacrificing 🐔's in her closet is how does this effect her lease ?

Azealia Banks is trending again, bragging about a blood-stained closet she sacrifices chickens in for witchcraft.

the antisemite Azealia Banks demanding that people respect her religion is too ironic, if I keep thinking about it my head will explode

*logs onto twitter*
azealia banks is sacrificing chickens in a closet and fighting with sia!
*logs off of twitter*