Joely Fisher and Tricia Fisher sat down for the first TV interview since the deaths of half-sister Carrie Fisher and her mother Debbie Reynolds in which they recounted emotional last moments and conversations with the "Star Wars" actress.

"I remember just holding her hand and telling her that we were there, that we would make sure that her daughter was whole, which she will be," Joely told "Good Morning America" on Tuesday of her last moments with Carrie, who died Dec. 28 just days after suffering a heart attack on an airplane. "And then, I told her she would love how high she was right now."

Joely said she had been texting with Carrie just before she got on the plane.

When Carrie passed, Joely knew Reynolds would be right behind her.

"She kept saying that she was, she wanted more time," said Fisher. "I knew that if Carrie wasn't going to survive this, that Debbie would not. You knew it. You could see it in her face. She would not last without [Carrie] on the planet."

Tricia remembered Carrie as "the coolest big sister in the world."

"She spoke her mind and spoke her truth in, in this just bold way that, made everyone feel a little bit more comfortable about their own flaws and, felt even more interesting for having flaws," she added.

Now that the legendary actress is gone, Joely said she'll turn to her past work to keep the memory alive.

Joely, Tricia and Carrie were the all daughters of Eddie Fisher, but share different mothers. 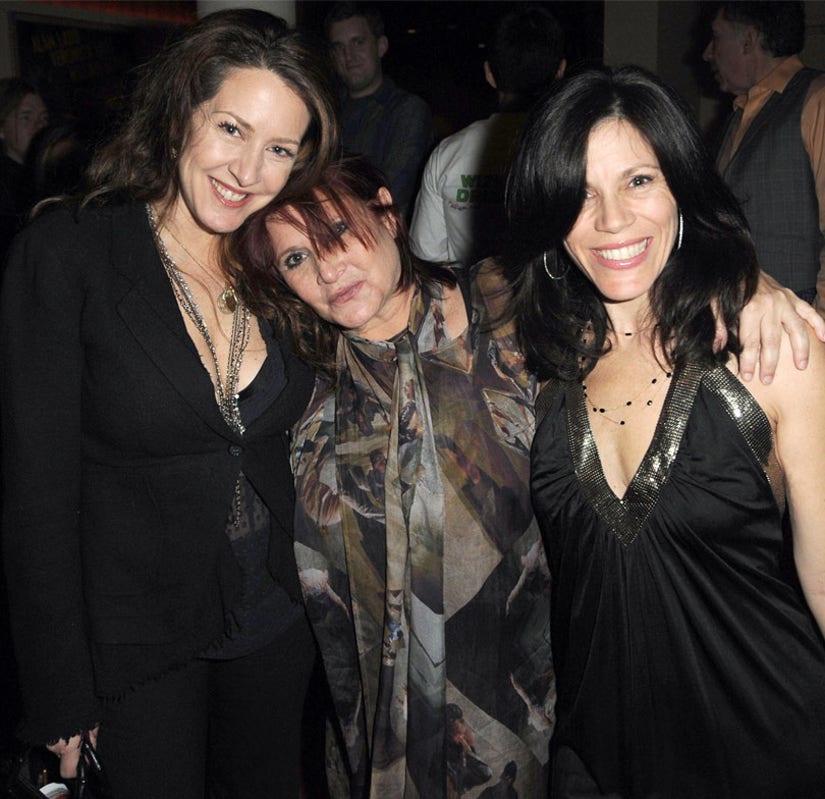