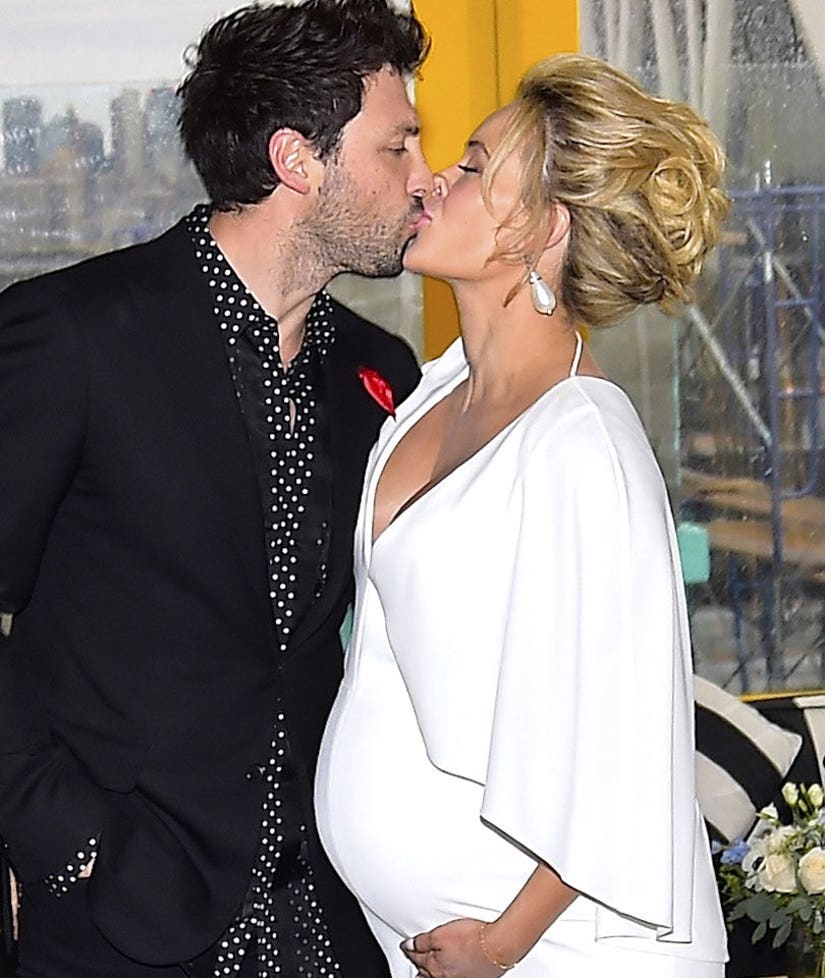 Maksim Chmerkovskiy and Peta Murgatroyd are new parents in the new year!

The "Dancing with the Stars" duo welcomed their first child together, a baby boy, at 5:43 AM on Wednesday, January 4. Chmerkovskiy just broke the news on Twitter this morning, revealing their son's name is Shai Aleksander Chmerkovskiy.

"This is, without a doubt, the best thing that has ever happened to us," the couple tells TooFab in a statement.

Maks first gave fans a hint that the baby was on the way when he shared a photo of his bride-to-be in a hospital bed, primping before their son's arrival on Monday.

"But first … a little make up," he captioned the shot.

The two first met in 2009 while working on the Broadway show "Burn the Floor," dated for a bit in 2012 before Maksim called it off and then reunited in 2014. Chmerkovskiy popped the question in December 2015, but the duo decided to hold off on getting married until after the birth of their son.

They celebrated their baby shower in December, with Maksim sharing a heartfelt message on Instagram to their friends and family.

"The love in the room was apparent and all the babies made us feel at ease about bringing a kid into this crazy world," he wrote. "If our children are half as close as we have been through the years, they will have a large family of loyal friends to fall back on!"