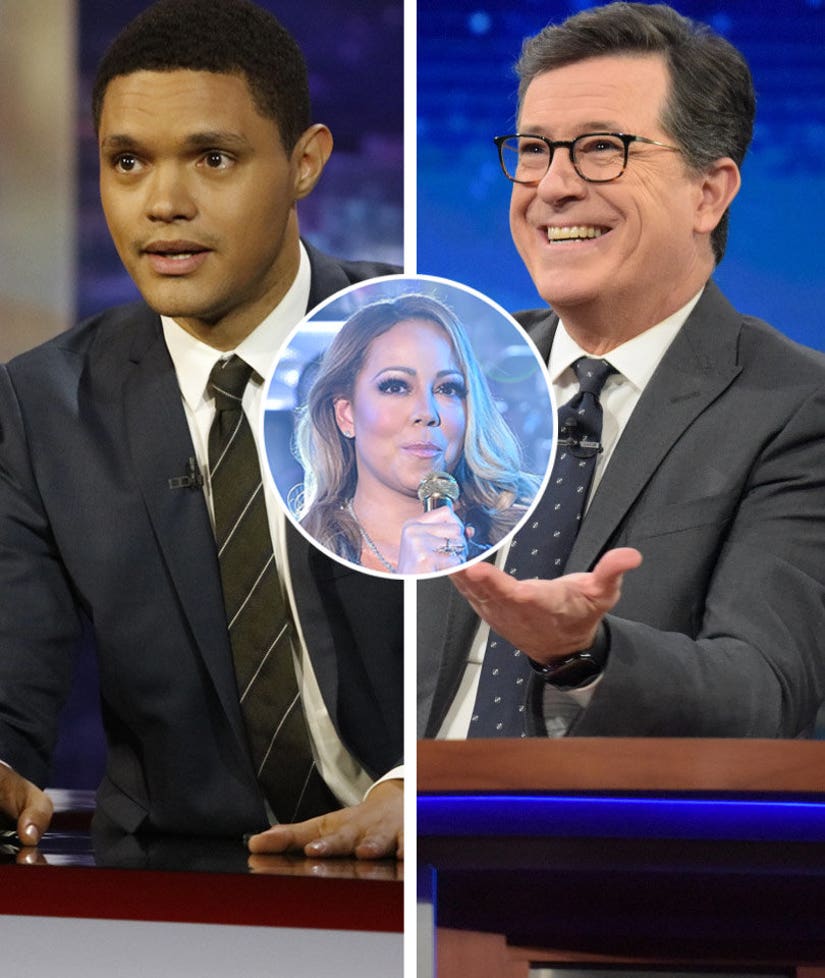 Late night TV was all over Mariah Carey's disastrous New Year's performance with both Trevor Noah and Stephen Colbert taking swipes at the singer in two different but equally hilarious ways.

On "The Daily Show," Noah offered his theory on what really happened to Carey the night of the debacle and how he was responsible for everything that went down.

"On New Year's Eve, I even got to hang out at Times Square, and I had so much fun," he revealed. "No one tells you this, if you ever come to New York, they don't tell you how long you have to spend in Times Square. You can't leave when you're waiting for the ball to drop."

"So the phone was dying and I wasn't going to be able to take pictures so I had to charge my phone," Noah continued. "Luckily, I was near the stage and I found an outlet, but it was plugged in and said 'M Carey Sound' ... I don't know. I pulled out the thing so I could charge my phone and it worked!"

Over on "The Late Show with Stephen Colbert," the host spoofed the singer's audio issues during his monologue.

"2016 was rough, but I am staying positive about 2017. The year is starting off great for everyone but Mariah Carey," he said.

"Nobody knows exactly what happened. I blame Russian hackers," Colbert continued. "Here's the thing: I'm on Team Mariah here. This was not her fault. Mariah, you are welcome to come on this show anytime and …," he said, before calling out teleprompter and audio issues.

Then, out of nowhere, backup dancers popped up on the stage and continued with their routine as Colbert floundered ... just like Mimi on New Year's Eve.