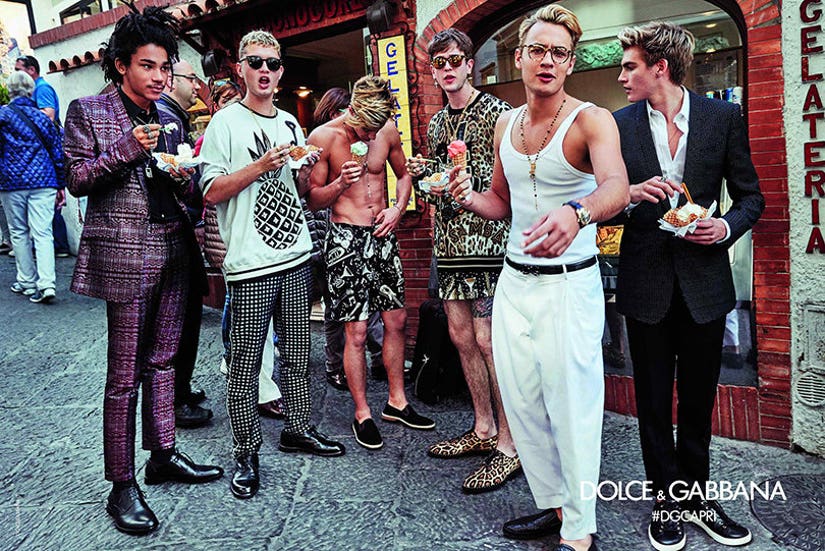 Who is hotter than Daniel Day-Lewis, Pamela Anderson, Jude Law and Cindy Crawford?...

They're all almost of age, so we can almost technically say that, right?

Gabriel-Kane Day-Lewis, 21, Brandon Thomas Lee, 20, Rafferty Law, 20, and Presley Gerber, 17, respectively, are the sons of some of Hollywood's most recognized celebs. But good looks alone didn't land these lads their biggest fashion gig to date; some of them actually have some experience in the industry.

Model/musician Gabriel-Kane posed for Calvin Klein in 2015. That same year, he released the lead single of his three-song EP, “Every Scar is a Healing Place.” He also walked the D&G spring/summer 2017 fashion show during Milan Menswear Fashion week in June, alongside Rafferty and Presley. Brandon was there, too, watching from row one.

Rafferty popped his (modeling) cherry back in 2014 at the DKNY MEN London Collection runway show. He was 17 at the time.

Also getting an early start on their modeling careers are Brandon's brother, Dylan Jagger Lee, 19, who posed for a Saint Laurent campaign last year. Rafferty's younger sister, Iris Law, 16, made her modeling debut last year as well, with a spread in the August issue of “Teen Vogue.”

Feel unaccomplished yet? So do we.

But that doesn't mean we don't want to see more of these handsome millennials!

See all their hot Capri shots in TooFab's gallery.