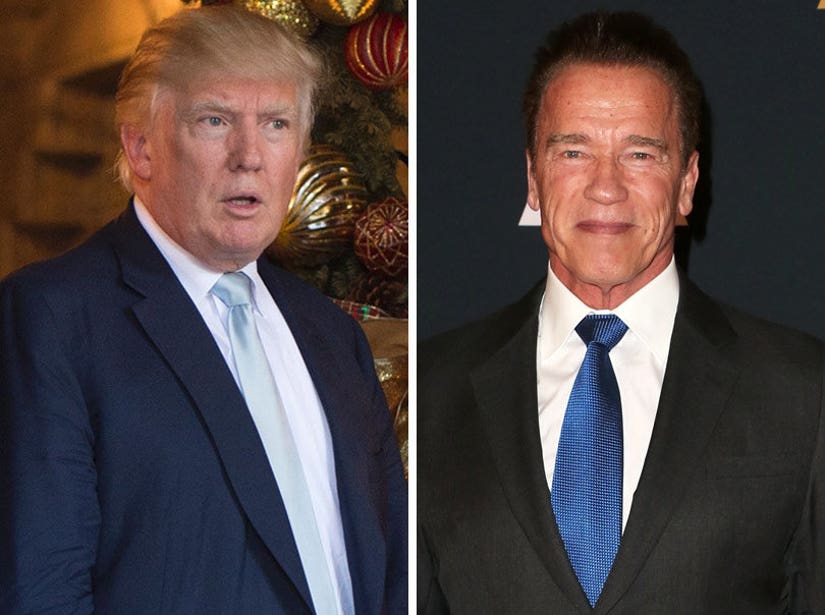 The President-elect slammed Arnold Schwarzenegger's "Celebrity Apprentice" debut on Friday in a tweet calling out the news host's low ratings.

Wow, the ratings are in and Arnold Schwarzenegger got "swamped" (or destroyed) by comparison to the ratings machine, DJT. So much for....

being a movie star-and that was season 1 compared to season 14. Now compare him to my season 1. But who cares, he supported Kasich & Hillary

I wish you the best of luck and I hope you'll work for ALL of the American people as aggressively as you worked for your ratings.

See those reactions and more below:

Ok.. um.. any thoughts on, like, the welfare of others or something along those lines? https://t.co/oKqVtEleoN

.@realDonaldTrump you are the most insecure man who has ever lived

Everything about this is insane. Petty, narcissistic, self-defeating, small-minded, and mean. This man is about to be President. pic.twitter.com/mfHOwliFcF

Arnold Schwarzenegger, the former governor of California, is subtweeting President-elect Donald Trump. Explain that sentence to 1985.