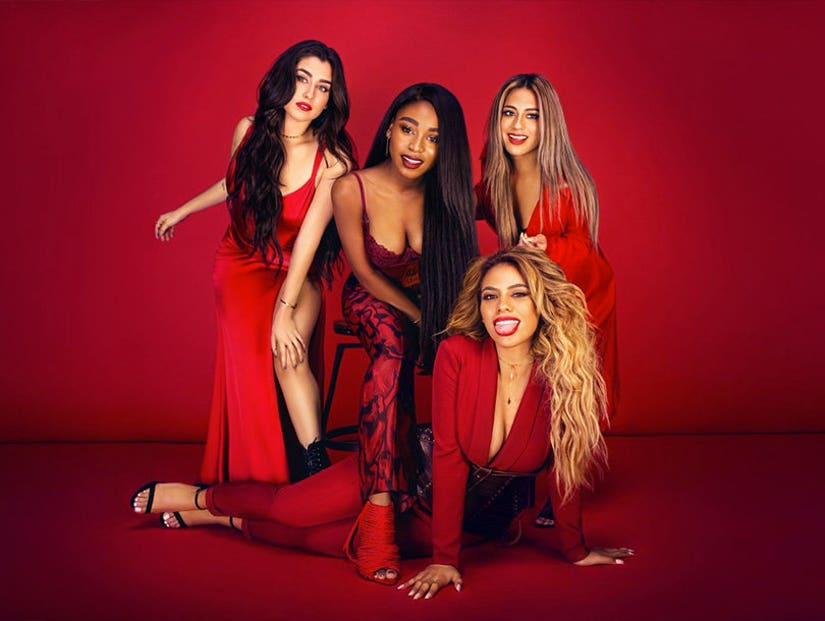 And then there were four. Fifth Harmony just rang in 2017 by sharing the group's first photo without Camila Cabello.

The women shared the photo (above) on Twitter and simply captioned it "Twenty Seventeen." In the shot, the remaining foursome -- Ally Brooke, Normani Kordei, Dinah Jane, and Lauren Jauregui -- sport matching red outfits in front of a red backdrop.

As TooFab reported, the group announced in December 2016 that Cabello had left to pursue a solo career.

After 4 and a half years of being together, we have been informed via her representatives that Camila has decided to leave Fifth Harmony. We wish her well.

You Harmonizers have been there with us since the beginning, you've supported us, and with your love and support, we will continue on. That being said, we are excited to announce that we will be moving forward with the four of us — Ally Brooke, Normani Kordei, Dinah Jane, and Lauren Jauregui — for our fans. We are four strong, committed women who will continue with Fifth Harmony as well as our solo endeavors.

We are excited for our future, and we can't wait for what the new year brings.

Harmonizers, we are in this together. We love you with all of our heart.

Fifth Harmony formed during the second season of "The X Factor USA" in 2012. Their hits include "Work from Home," "Miss Movin' On" and "Worth It." Before her departure from the group Camila released a duet with Shawn Mendes, titled "I Know What You Did Last Summer," and one with Machine Gun Kelly, called "Bad Things."

As for Cabello, she seems to be living it up since her departure, posting some solo bikini photos earlier this week.