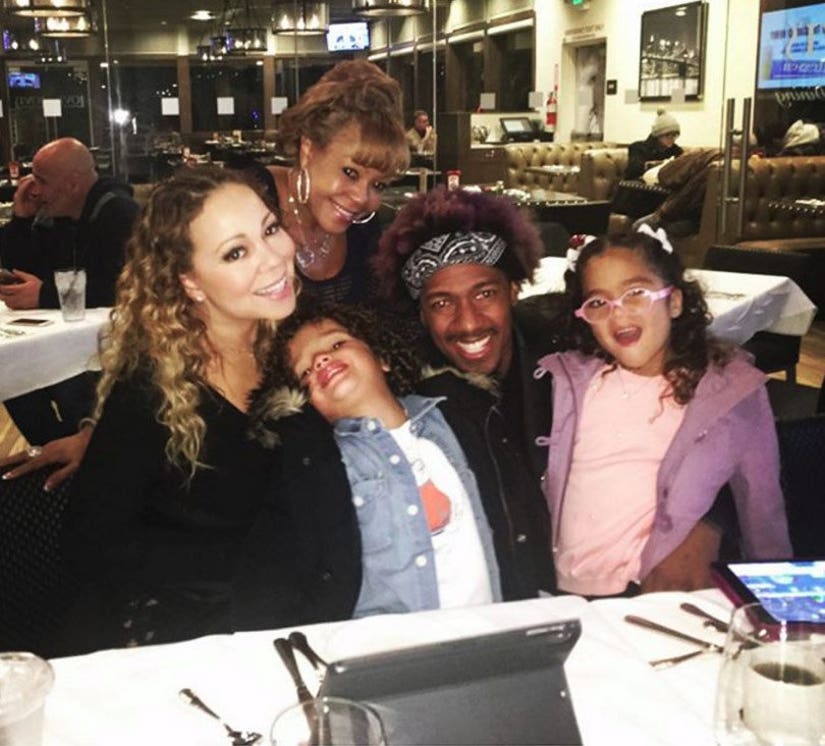 Mariah Carey's New Year's Eve "performance" may have been a total disaster, but luckily her family is still giving her reason to smile.

The singer and ex-husband Nick Cannon reunited on Thursday night for dinner with their children, Moroccan and Monroe, and Nick's mother, Beth Gardner.

The party of five appeared in great spirits for a photo Cannon shared on his Instagram page, captioning the shot, "Family Dinner!! All is well! Live! Love! Laugh! @mariahcarey #Ncredible."

The exes each had some traumatic holidays this year.

Last month, Nick was admitted to the hospital due to lupus complications. He was released two weeks later after undergoing five blood transfusions.

Shortly after his release, Carey suffered her now infamous incident on "Dick Clark's New Year's Rockin' Eve with Ryan Seacrest," where her planned performance was marred by major audio issues.

"All I can say is Dick Clark was an incredible person and I was lucky enough to work with him when I first started in the music business," she told EW earlier this week. "I'm of the opinion that Dick Clark would not have let an artist go through that and he would have been as mortified as I was in real time."

"It's not going to stop me from doing a live event in the future," she said. "But it will make me less trusting of using anyone outside of my own team."

Carey added that her fans have been "so supportive" in the days since the incident.

"I am so appreciative of them and everybody in the media that came out to support me after the fact because it really was an incredible holiday season that turned into a horrible New Year's Eve," she concluded.