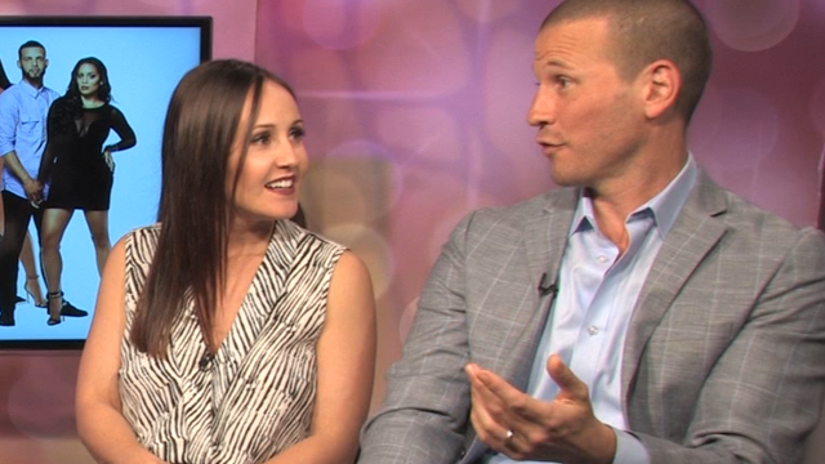 JP and Ashley Hebert tried to keep a low profile on "Marriage Boot Camp: Reality Stars," but even the reserved "Bachelorette" duo got caught up in an explosive fight while filming the new season.

The duo joined Amy and Dillon King ("19 Kids and Counting), PreMadonna and Buck Thomas ("Love and Hip Hop: Atlanta"), Gabi Victor and Victor Tarrats ("Bad Girls Club") and Renee Graziano and Joey Gambino ("Mob Wives") for two weeks of couple's therapy that was anything but a vacation.

"We never got in a blowout [with each other], but I think there were a couple moments where we felt attacked because we didn't have the level of problems [as everyone else]," Ashley told TooFab during an interview in our studio on Thursday.

While other couples were dealing with infidelity and just plain disgust with each other, the Rosenbaums went into the show hoping to "strengthen" their relationship, as opposed to "saving it."

"Some of the other couples were like, 'Why are you here?' Just because our problems are not as catastrophic, doesn't mean they're not important for our relationship," continued Ashley. "Between the other couples, there's some crazy stuff going on," she added. "I got hit in the head with a can of soda!"

The couple agreed to appear on the show to work out some of the kinks in their marriage after the birth of their first child, Fordham, in 2014.

"We just had our son two years prior and it was all about him all the time," explained JP. "It was a good way for us to get back to us the way we were before kids to remember that that was like and to work on the little things that matter most in a marriage."

According to JP, the two barely had any date nights alone after the baby was born, adding they went out to dinner "maybe once or twice" in the two years after his birth.

"We had our son, I would put 150% of my energy into him," added Ashley. "And then we weren't focusing on each other. I needed to step back and see like, wow, I really do need to make sure we don't mess up our relationship, I need to focus on us so we can have a stronger relationship for our family."

The counseling came at the perfect time for the couple though, as they found out they were expecting their second child together while they were filming "MBC."

"I think we were able to take away certain things about it that we can apply to everyday life," JP said. "I think it was definitely helpful."

"We used it and now we still use it," added Ashley. "We needed that, because who knows what would have happened with two kids with the same issues!"

Watch the two work out their problems on the new season of "Marriage Boot Camp: Reality Stars," premiering Friday, January 6 on WE tv.