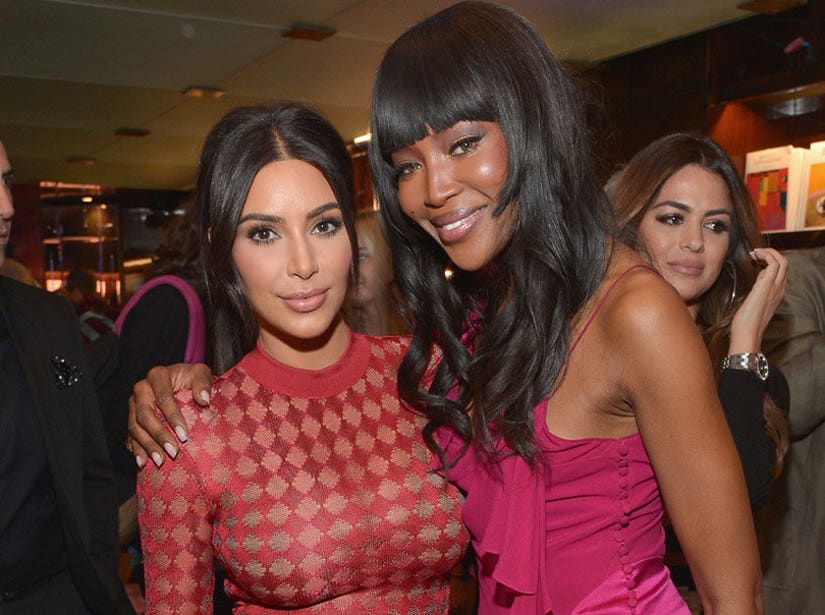 Naomi Campbell really sympathizes with Kim Kardashian, revealing that she too was once attacked in Paris.

Like Kardashian -- who was bound, gagged and robbed back in October over $10 million worth of jewelry -- Campbell said she experienced a similar incident in the City of Light back in 2012.

"I sympathize with her a lot because — I kept mine on the down low — but in 2012, I was attacked in Paris," the 46-year-old "Empire" star revealed on "The Wendy Williams Show." "They followed me from the airport. They attacked me."

"They opened my car door and said, 'Naomi Campbell, we're going to kill you.' I didn't make it so public," she added. "I didn't want it to be. I think there's a picture of me in a wheelchair at the time."

Perhaps Naomi was an easy target because she was traveling alone at the time.

"I didn't call security. It was a quick trip. I was going to see my lovely papa, [designer] Azzedine Alaïa. I went to the car, and it wasn't my normal driver," she revealed. "And it was weird because he had the window rolled down … It was freezing cold in November. I was like, 'Wait a minute! This is weird.'"

Luckily for the model, she made a quick and sound decision to avoid making one extra stop she had originally planned on.

"I wanted to stop at a pharmacy," she continued. "My papa called me and said, 'My daughter, where are you? We're ready to eat dinner.' At that point, I abandoned the idea. Thank God [the incident] was outside Azzedine Alaïa's shop, because that's where the entrance is to get into the house. [My friends] came out and saved me, basically. In the interim, you decide in a very split moment — I don't know if I'd ever do this again in hindsight — 'Am I going to let this guy take my bag with all my passports or am I going to fight for it?' My decision was, 'I am not letting my bag go.'"

And according to Campbell, robberies like Kim's have become commonplace in European cities.

"The driver was in on it. It's a whole ring that's been happening for a few years now," she added. "I very much sympathize with [Kardashian]. I felt for her right away. I hated hearing these stories that it wasn't true. It was absolutely true, and it happened to me and it's happened to a few other people that I'm not at liberty to say, but are well known also."