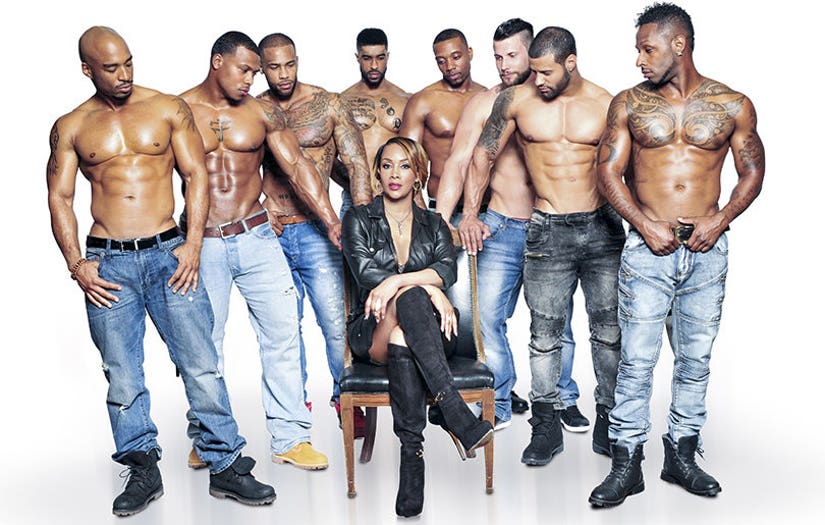 Vivica A. Fox is not having any insinuation she's homophobic after saying the strippers at Black Magic male revue won't dance for gay men.

The actress and some of her exotic dancers faced backlash online after an interview with "The Breakfast Club" on Friday morning. When asked whether Fox's dancers would strip for gay men, the guys and Fox all responded with an emphatic "Hell nah."

"There's no need to, they dance for women," Fox added. "It's called the 'Ultimate Girls' Night Out' for a reason."

Some of Fox's followers started blasting her on Twitter after TMZ posted the interview.

"CRAZY how u are trying to take one small moment out of MY interview and call me [homophobic]?? U are trash dude! Complete trash! SMDH," Fox clapped back. "Stop it w this I'm [homophobic] crap! My show is 4 the LADIES Got it?!#UltimateGurlsNiteOut is EXACTLY what we do! No HATE on Gays! EVER!"

"When people like you go low - I go high. Stop the hate. Not okay," the follower responded. Fox's reply to that: "No hate! I've NEVER been [homophobic]! U are spreading hate not me! Have a blessed day and check us out next week #VivicasBlackMagic is HAWT."

When another follower suggested her reality show revolving around the establishment will suffer in the ratings if they only allow women, she said, "Hhmm..800,000 viewers n top #5 trending #VivicasBlackMagic is HAWT! #UltimateGurlsNiteOut Have a blessed day and u can watch too dawling."

@MsVivicaFox you homophobe bitch if you were a real boss u would welcome any1 who pleases to pay to watch 'your dancers' perform. WAS a fan

@MsVivicaFox was a homophobic mess on the Breakfast Club interview @cthagod.

@TMZ @VivsBlackmagic @MsVivicaFox so much for equality. You probably could have done a better job answering that without sounding homophobic

Another tweeted, "F--- u, this gay man doesnt want to watch them ugly ass men u call dancers anyways, that includes ur soon to be cancelled show!"

We reached out to Lifetime for comment, but they weren't immediately available.