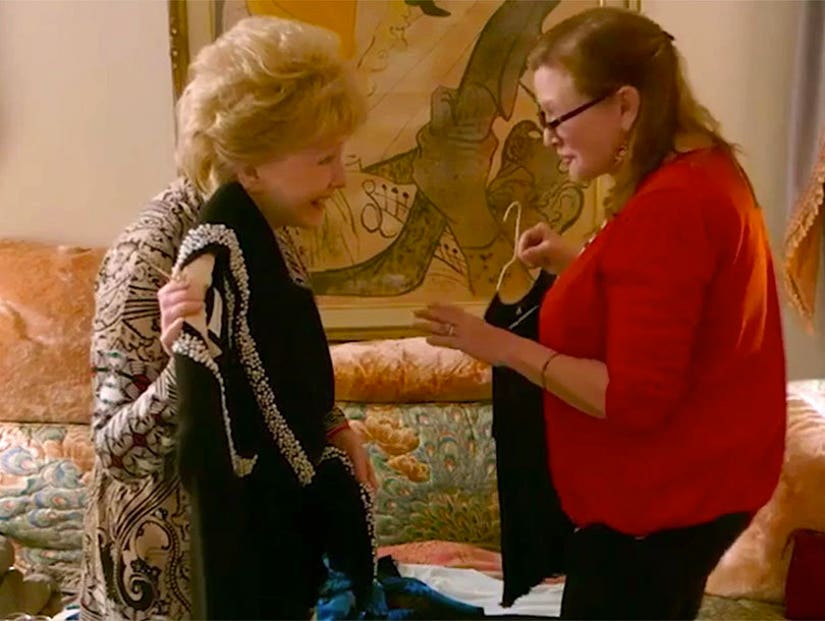 HBO's documentary "Bright Lights" featuring Carrie Fisher and Debbie Reynolds during some of their last years aired Saturday. The movie featured a plethora of funny and poignant moments between the famous mother-daughter duo.

As TooFab reported, Carrie Fisher died on Dec. 27, 2016 after suffering a heart attack days prior. Reynolds followed suit and passed away after suffering a stroke on Dec. 28, 2016 -- the very day after her daughter's sudden death.