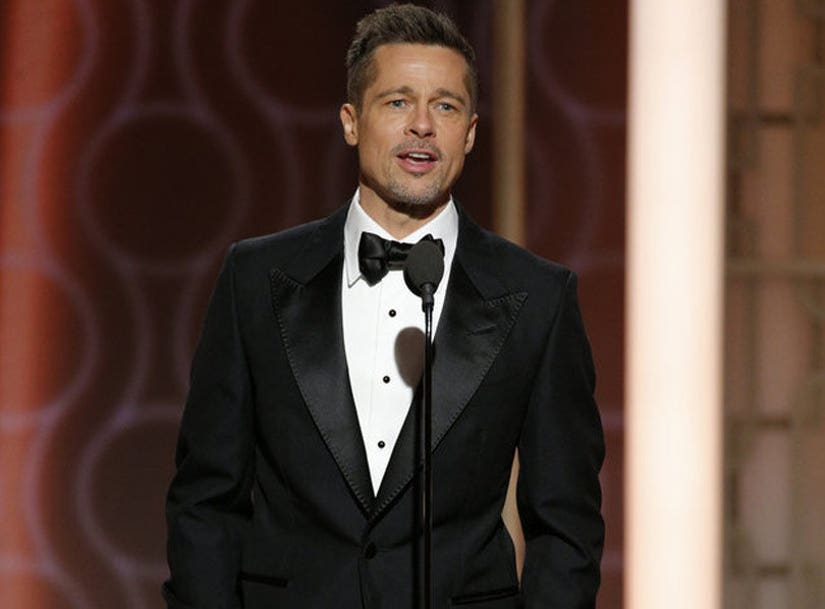 We don't want to say divorce looks good on Brad, but…

This may come as a surprise considering his recent and very public family drama, including a divorce from Angelina Jolie and a nasty custody battle over their six children. Most people would look haggard, defeated, drained…but then again, most people aren't Brad Pitt.

The “Curious Case of Benjamin Button” star shocked the entire crowd when he took the stage, but the award for best reaction for a surprise appearance by a costar and friend goes to Matt Damon. His “Ocean's 11” co-star was all smiles when his pal took the podium.

Brad introduced a clip from “Moonlight,” a film of human self-discovery produced by his company. It went on to win Best Motion Picture in the Drama category.

“['Moonlight'] is born of the courage of a group of actors willing to strip to their souls and express their humanism inside mistake and misstep and misdeed,” Pitt said. “It is Barry Jenkins' profound belief that we all stand at the threshold of change and forgiveness where we only grant acceptance and love to ourselves.”