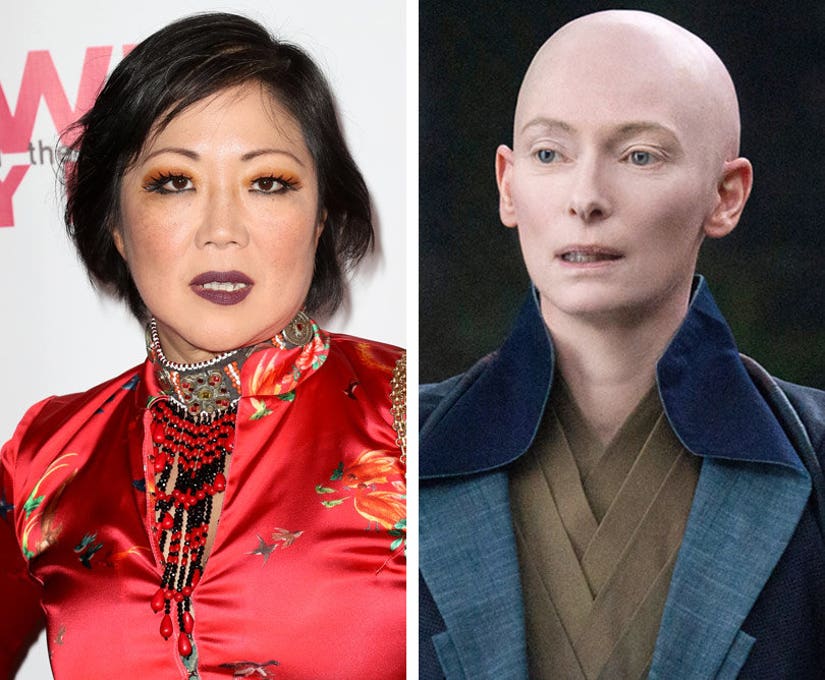 Margaret Cho fired another shot in her war of words with Tilda Swinton over the actress' "Doctor Strange" casting. Cho criticized Swinton for leaking their e-mails to the press.

"I don't even know why she did that because it doesn't make her seem like she's really getting her point across," Cho said during an interview with "Allegedly with Theo Von & Matthew Cole Weiss."

In case you missed it, Swinton released an e-mail exchange between the comedian and herself to TooFab after taking offense to how Cho characterized their conversation. In the messages, Cho attempted to give Swinton some insight into the backlash over Tilda's casting as the Ancient One in the Marvel film.

"That's what happens when white people get mad," Cho said, mocking Swinton for leaking the email exchanges to media outlets. The comedian added that the two haven't spoken since.

But Tilda isn't the only actor the comedienne took issue with.

When asked how she felt about Matt Damon starring in fantasy film "The Great Wall," she dropped some more brutal honesty.

"It's bulls--t. It's not anything that makes any sense," she responded.

"Movies that are based on anime, like 'Ghost In the Shell,' starring Scarlett Johansson? She's not ... It doesn't make any sense. I just can't understand why Hollywood doesn't really embrace these ideas, these Asian actors playing Asian roles. It's such a backwards thing."

And while Cho applauded the Golden Globe Awards for showing some diversity after last year's #OscarsSoWhite controversy, there are still strides to be made.

Listen to the full podcast here.