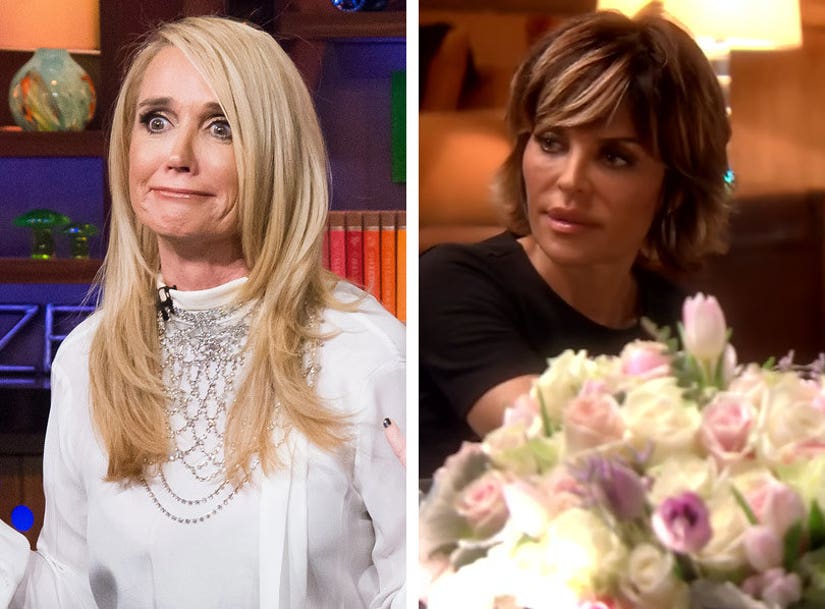 Kim Richards' return to "Real Housewives of Beverly Hills" on Tuesday night reignited her feud with Lisa Rinna and sparked a fresh one with cast newcomer Eden Sassoon**.

The Bravo series proved these women should never have another game night, as this one ended with yet another nasty fight.

Richards and Rinna nearly came to blows during a 2015 ladies trip to Amsterdam when Kim insinuated she had dirt on Lisa's husband, Harry Hamlin.

On Tuesday's episode of "RHOBH," Richards wanted to set the record straight with Rinna about the fight, setting off fireworks again.

Technically, she didn't but she definitely implied Hamlin had done something unseemly going on at the time.

"You play dirty," Rinna responded. "Let's talk about your arrest, why don't we do that?"

With all the ladies in shock over Rinna's comeback, Kim asked: "That make you happy? Does it make you feel good?"

Even Rinna herself admitted in a confessional that she "went low."

At the time Richards accepted the apology, but then made is clear on the episode of "Watch What Happens Live" following the show that she and Rinna are no BFFs.

When a caller asked what she thinks about her sister Kyle Richards' friendship with Rinna, Kim said: "I don't think she's a great friend."

"I think it's up to her to choose who her friends are," she added. "It's not really my choice to make a decision who she wants to be friends with."

"I don't know Eden," Kim said of the clip. "Once again, there's these people I don't know that go talking about me."

"If I was struggling, everyone would know it because I wear it very well I wear healthiness very well," she added. "I'm tired of being that story to people."