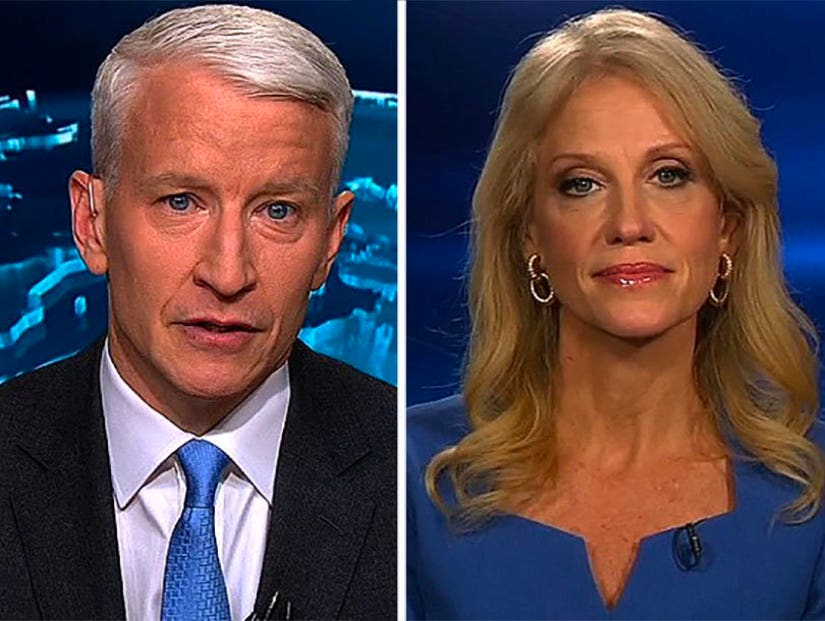 "That's simply not true," Cooper said. "Do you acknowledge here and now that CNN did not release the 35-page unsubstantiated claims against Donald Trump, and it was misleading and untrue for [incoming press secretary] Sean Spicer to suggest otherwise? ... We didn't report what Buzzfeed reported."

Cooper clarified that it was website BuzzFeed who published the documents with the unsubstantiated claims after CNN reported that the documents did exist.

Conway stuck to her guns and her ground, claiming that new press secretary Spicer was "exactly right," and that "CNN went first yesterday [Tuesday] and BuzzFeed went second."

"I didn't say that you did [report it first]," Conway said, "but you linked to it in your story."

According to CNN, however, the initial story did not include the BuzzFeed link.

Later, Cooper pressed Conway as to whether or not a summary of the allegations was presented to president-elect Trump. In response, she claimed that she wasn't in the briefing.

Conway balked, "I can tell you that credible news reports today say that it was not in there."

"You can't answer this question," Cooper pressed Conway. "What is inaccurate about our reporting?"

Undaunted, Conway said, "Sure, I can. Here's the answer -- if the four intelligence officials that gave the top secret briefing last week that some fools think they should leak to the media when it's a top secret intelligence briefing for a reason so that we're all protected, everybody, then why, according to your own report last night do they not tell the president-elect about it? Because your own reporting says that there's no confirmation that they briefed him orally."

Conway's appearance was just one day after she had another heated conversation with Seth Meyers and just hours after Trump dismissed the reports as "phony stuff" in Wednesday's press conference.