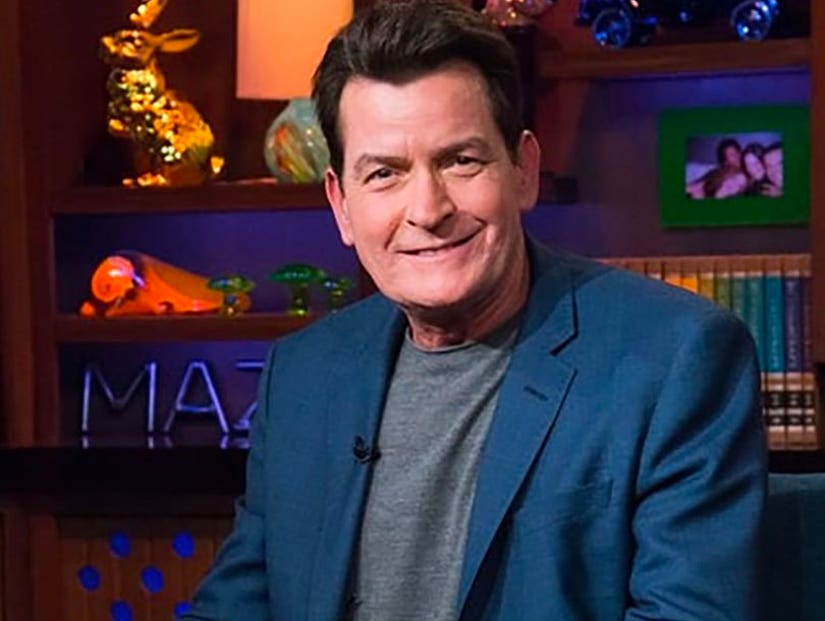 On Wednesday night, Sheen dished on many of his costars to "Watch What Happens Live" host Andy Cohen, and what he had to say about the women in his career will definitely give you some serious Tiger Blood vibes. When asked by a fan whether or not the "Two and a Half Men" actor had mended fences with Rihanna, Sheen had some very succinct words.

"That b-tch. She abandoned common courtesy and common sense," Sheen said about Rihanna, referencing incident when the singer snubbed he and his then-fiancee Brett Rossi at a restaurant.

Later, Andy asked him to rank a few of his former leading ladies from best to worst -- including Jenny McCarthy, Lindsay Lohan, Selma Blair, and Heather Locklear -- Charlie said the only one he truly cared for was his former "Spin City" costar, Heather Locklear.

"Heather," he answered. "And then Heather." Andy pushed further, reminding Charlie that McCarthy, Lohan, and Blair were left, and that's when he erupted with negativity.

As for Jenny and Selma, Charlie said: "I would like to kind of mash those two up together and just kick 'em to the curb, they deserve each other."

Later, Andy played footage of the infamous "Ferris Bueller's Day Off" scene between him and Jennifer Grey. About his '80s costar, Sheen laughed and said, "You've never seen a nose job ruin a career before Jennifer Grey's."