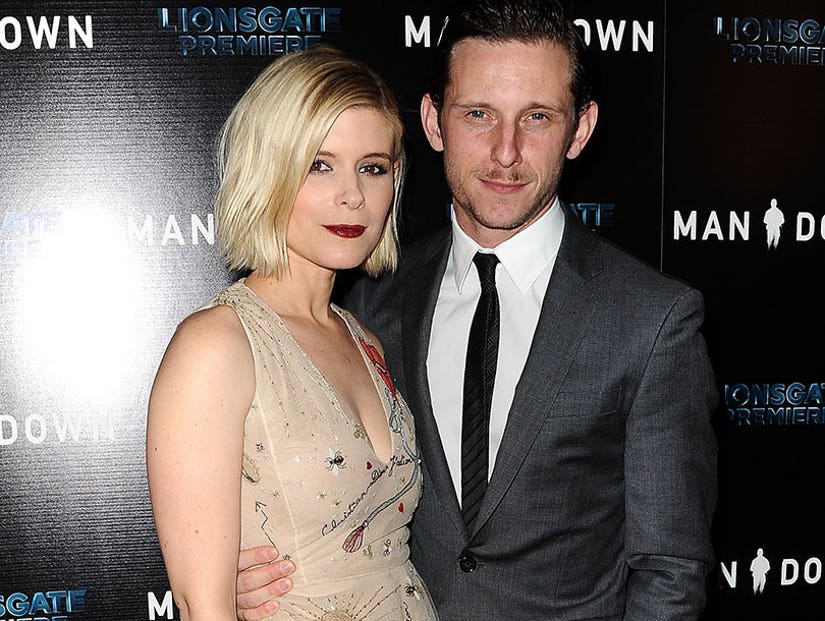 This is what happens when you drop a "here's my engagement ring" photo the same day as the Golden Globes.

Kate Mara is engaged to boyfriend Jamie Bell, a rep confirmed to TooFab on Friday.

But surprisingly no media outlets noticed the good news until nearly a week after the "House of Cards" actress tweeted a photo of a sparkler on her wedding finger.

See a photo of the ring (below) and read on for more story.

The couple began dating after meeting on the set of ill-fated "Fantastic Four" reboot in 2014, a film in which they starred as Sue Storm and The Thing, respectively. Mara and Bell marked their public debut as a couple at the 2015 Met Gala.

The marriage will be Bell's second. He was previously married to Evan Rachel Wood from 2012 to 2014 and they share a son. As for Mara, this will be the 33-year-old actress's first marriage. Her first highly-publicized relationship with fellow actor Max Minghella lasted nearly four years.