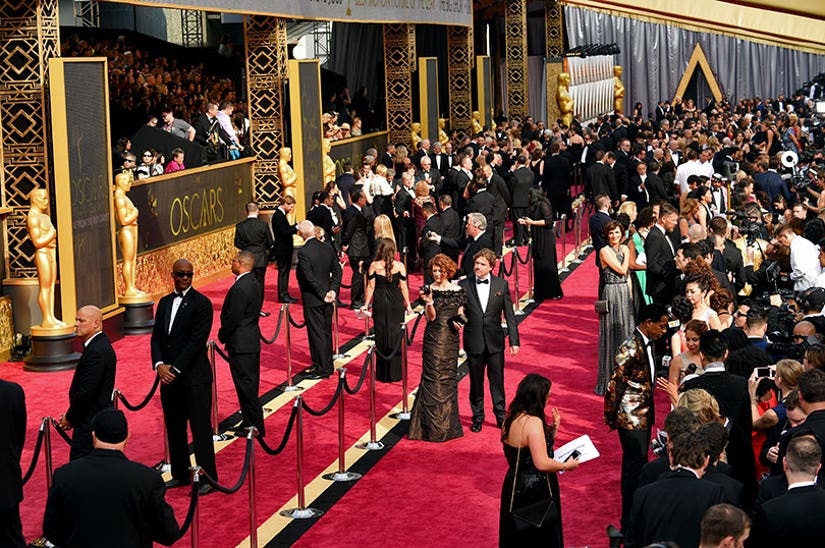 The Oscars are weeks away but the red carpet drama is already heating up behind the scenes.

Under the Academy's new agreement struck with ABC last year, the network was granted another half hour in which no other outlets are permitted to broadcast live from the carpet.

The rival networks are said to be so unhappy that they are fighting the Academy's decision, according to another individual with knowledge of the talks.

"There's A LOT of money at stake," an individual who works on production of one of the rival red carpet shows.

Sources close to the situation said E! and CNN are in negotiations with the Academy, due to the negative impact this change has on both advertising dollars and live interviews with A-List actors and actresses.

Though E!, CNN and all other outlets on the carpet can continue shooting until show time, ABC will be the only one broadcasting live. And according to credentialing guidelines dispensed by the Academy, the live streaming blackout during ABC's exclusive window also extends to digital and social media streaming such as Facebook Live.

According to insiders, the decision is a real source of contention especially since E!'s "Live From the Red Carpet" has been a cash cow for the network for many years.

A spokesperson for ABC told TooFab that "ABC is looking forward to another successful Oscars red carpet pre-show and awards telecast," but declined to comment for this story.